Nigeria have been drawn in the same group as South American giants Argentina for the third consecutive World Cup, and for a fourth time in five World Cups since 2002. The Lions of Teranga must negotiate their way past Poland, Colombia and Japan to reach the second round of the championship. 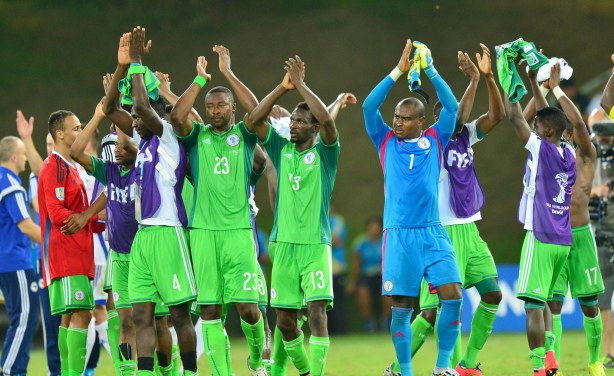 Nigeria's Super Eagles celebrate a win at the last World Cup in Brazil. They are one of five African teams in Russia next year, the others being Senegal, Egypt, Morocco and Tunisia.