South African opposition party the Democratic Alliance is "rejoicing" at the news that Jacob Zuma has resigned as president, while the United Democratic Movement says "good riddance". Zuma announced on Wednesday evening that, although he did not agree with the decision, he would resign as president of the republic effective immediately. 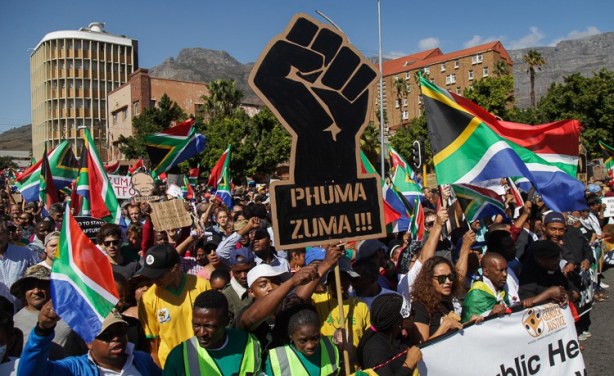 An anti-Zuma protest in Cape Town.