Civil society activists have appealed to legislators to set up a court to try crimes committed during Liberia's civil war. But the government says the issue is not a top priority right now. 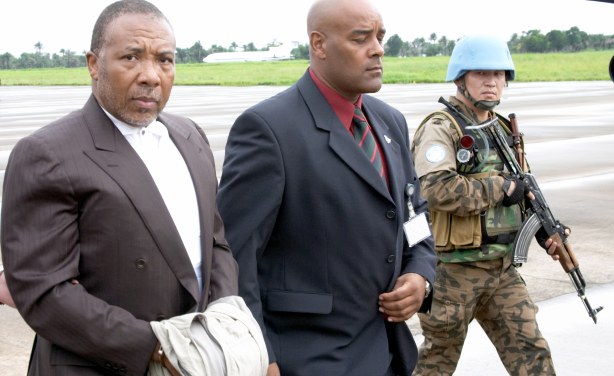 Transfer of Charles Taylor for trial for war crimes in the Hague (file photo).