The foreign affairs ministry has frozen the accounts of Uganda's embassy in Algeria until a forensic audit is carried out. A May 14 letter issued by James Kintu, an undersecretary in the ministry, directed that neither the ambassador, Alintuma Nsambu, nor his staff should spend any money until the auditors arrive in Algiers. Kintu said the ministry had received several complaints from Nsambu and the embassy accounting officer, Fred Tushabe, accusing each other of financial impropriety. 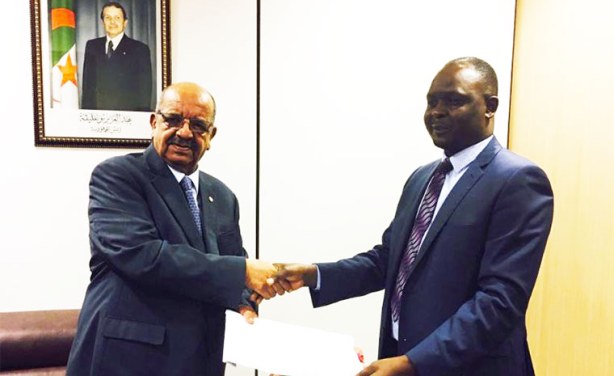 Uganda’s ambassador to Algeria and the Maghreb region John Chrysostom Alintuma Nsambu presenting his credentials in Algeria in 2017.