The UN says once safe areas, such as the capital Bangui and the country's second city and commercial hub, Bambari, have become war zones. 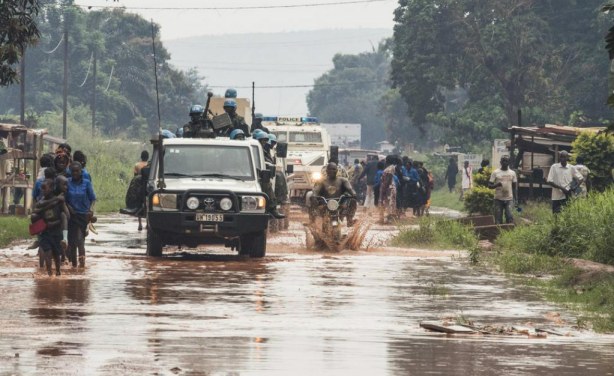 A military and police patrol in Bangui (file photo).