British billionaire Lord Sugar - who appears on The Apprentice - has been criticised for a tweet comparing Senegal's World Cup team to sellers on the "beach in Marbella", the BBC reports. A picture of the team was posted next to pictures of sunglasses and handbags, presumably the sorts of things sold at the Spanish resort.

Lord Sugar, 71, later deleted the post and apologised, saying "my attempt at humour has backfired".

Earlier the former Tottenham chairman had said his "funny tweet" had been interpreted in the wrong way. He added: "Frankly I can't see that, I think it's funny. But I will pull it down if you insist." 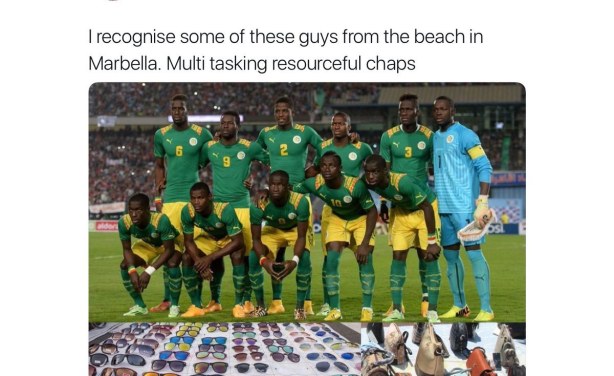 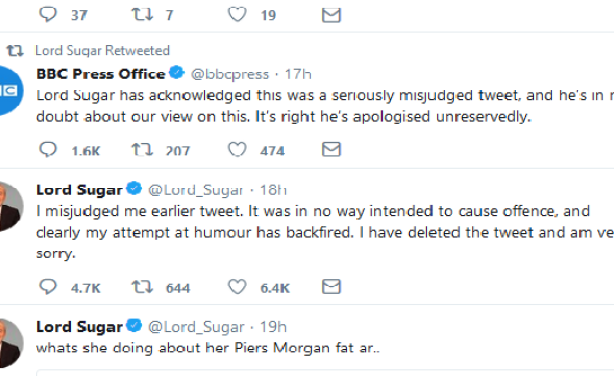