Movement for Democratic Change politician Charlton Hwende is facing a backlash on social media after he tweeted, then deleted a post that appeared to suggest that the opposition party's supporters boycott Econet service provider. The tweet was in response to Econet founder Strive Masiyiwa's support for President Emmerson Mnangagwa - along with the business mogul's call for the removal of sanctions imposed on Zimbabwe by the United States. 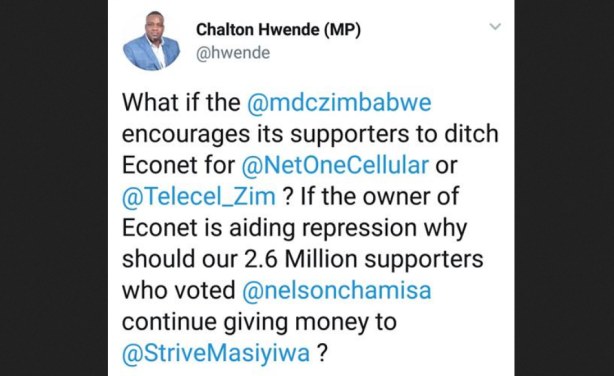