President Muhammadu Buhari held a closed-door meeting with some state governors over the issue of new national minimum wage. The meeting comes a week after the governors had an emergency meeting after which they announced they would not be able to pay the U.S.$83 proposed minimum wage demanded by labour unions. 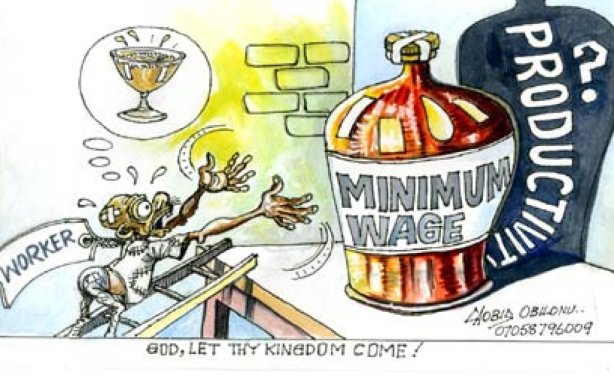