The three Bills which were presented to President Uhuru Kenyatta are, The Urban Areas and Cities (Amendment) Bill 2017, The Petroleum Bill 2017 and the Energy Bill 2017. Under the new petroleum law, the national government, county governments and communities will receive a fair share of the revenue from petroleum operations. 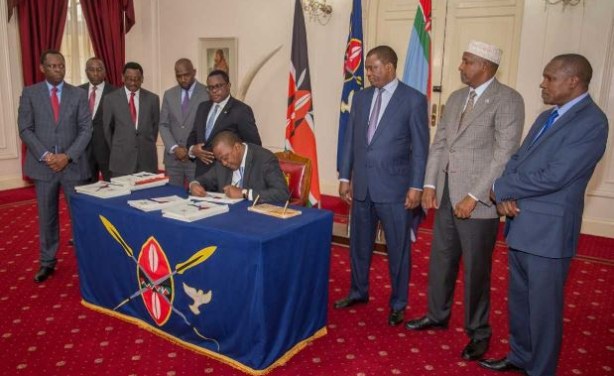