Cosafa has suspended Zimbabwe from participating in the 2020 tournament and slapped the Zimbabwe Football Association with a U.S.$200,000 fine. The ban follows Zimbabwe's failure to honour an agreement to host the 2019 edition of the Cosafa Cup tournament. 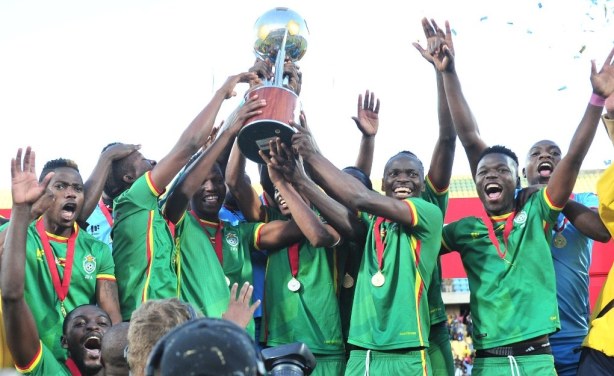 Zimbabwe celebrates its win at the 2017 Cosafa Castle Cup final against Zambia.