A new UN report has found that 2018 was the worst year on record for children caught up in armed conflict; the year saw the highest numbers killed or maimed since the United Nations began monitoring the violations. The report says that children continue to be used in combat, particularly in Somalia, Nigeria and Syria, and that some 7,000 have been drawn into frontline fighting roles around the world during 2018. They also continue to be abducted, to be used in hostilities or for sexual violence: more than half of the 2,500 reported cases were in Somalia. 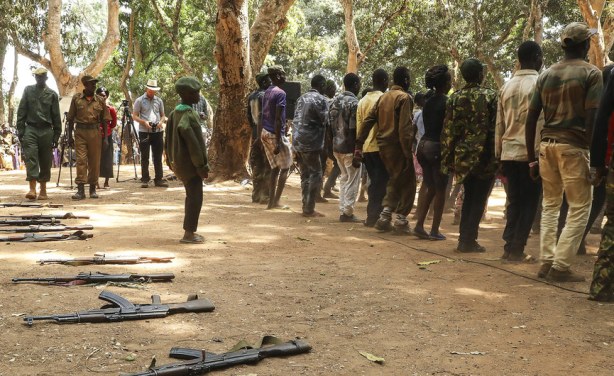 Former child soldiers are released in Yambio in South Sudan in February 2018.