Berhane Abrehe turned 75 on 18 May in an Eritrean prison. His son, 27-year-old Efrem, has not seen or spoken to his father for two years. Abrehe is one of thousands of Eritreans who have been detained and held without trial for years - often incommunicado - over criticising the totalitarian and frequently brutal regime of President Isaias Afwerki, reports New Frame. 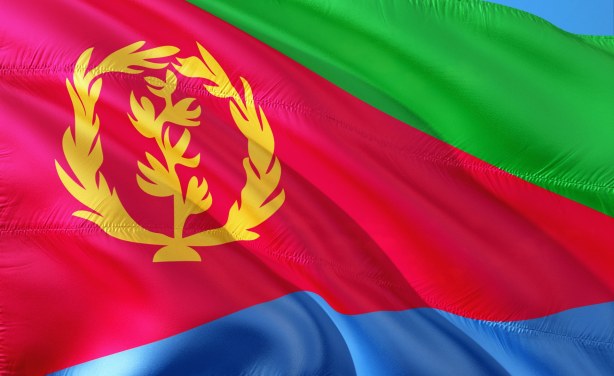 The flag of Eritrea.