The new swarm of locusts that has been seen in Turkana is reportedly is still in hopper state - young, immature and is not easy to spot, and is likely to spread into Eastern Uganda. Kenya, Ethiopia, and Somalia continue to face an unprecedented threat to food security and livelihoods. New swarms from current breeding will form from mid-June, coinciding with the start of the harvest season, according to the Food and Agriculture Organization. 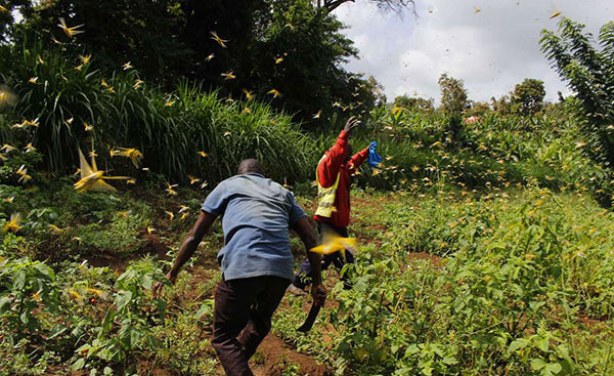