Kenya's coffee risks losing its top spot in the world market following its rejection in Japan and South Korea due to high levels of chemical contamination. The chemical levels of Ochratoxin - a naturally occuring mycotoxin - have reportedly exceeded the allowable minimum, resulting in rejection at the two countries' border points. The coffee, which is highly sought after by roasters for blending with lower quality beans from other parts of the world, has been banned for three years with local stakeholders now raising concerns that if this is not reversed, then the produce could face total ban. Kenyan coffee production has been declining from a high of 130,000 tonnes realised in the late 80s to the current 40,000 tonnes. 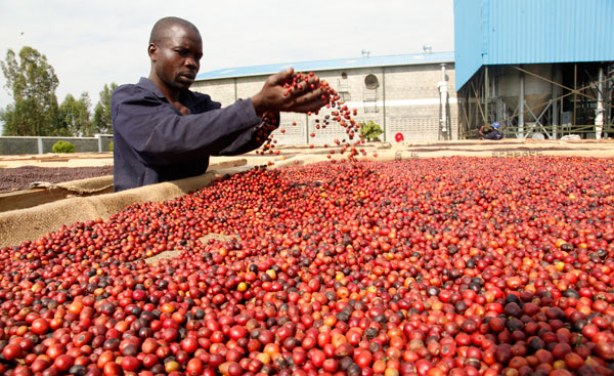