In April 2020, South African Finance Minister Tito Mboweni said "almost 100%" of restaurant workers in the country were "non-South African". Official data shows that in 2017, just 5.3% of people of working age in South Africa were born outside the country, Africa Check reports. In the past, despite politicians' hostile positions on immigration and high levels of xenophobia in the country, most political parties in South Africa have not over-politicised immigration in their electoral manifestos. However political discontent, economic insecurity and social grievances, exacerbated by Covid-19, have led to nativist rhetoric. Driven by opportunism, economic elites and politicians have begun scapegoating immigrants to generate support, writes Sergio Carciotto for the Institute of Security Studies. This comes after President Cyril Ramaphosa said in August 2020 that it was necessary to "avoid populist temptations to blame economic challenges and unemployment on foreign nationals" when asked how he intended to ensure that trading in the informal economy was reserved for South Africans only. 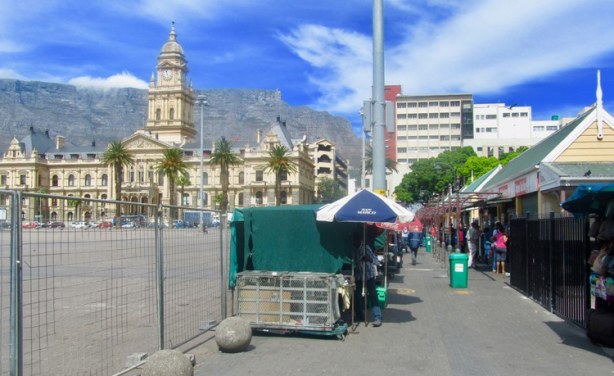 Traders on the Grand Parade in Cape Town (file photo).