In a petition filed at the High Court through legal aid group Kituo Cha Sheria, victims of the 1998 U.S. Embassy bombing in Nairobi want to be compensated on grounds that the attack was a result of negligence and failure by security agencies. They also want President Uhuru Kenyatta to form a Commission of Inquiry to establish what happened prior to the bombing. They also want the court to declare that the government failed to take the necessary steps to detect, prevent and stop the terrorist attack as well as the entire planning and execution. They believe the bombing happened despite the security agencies having sufficient knowledge and intelligence of an impending attack. 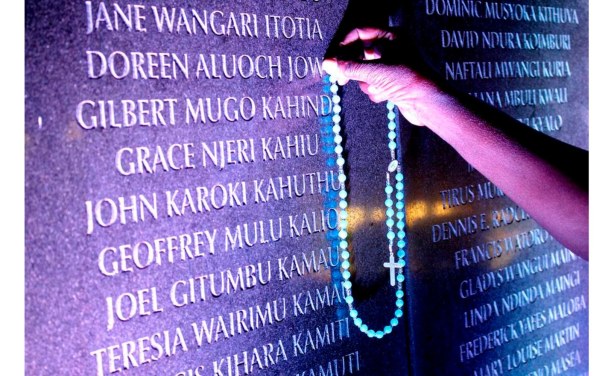 Prayers at the 20th anniversary of the August 7, 1998 bombing of the U.S. Embassy in Nairobi (file photo).