Hundreds of thousands of years ago, South Africa's Cape south coast looked very different, writes Charles Helm of the African Centre for Coastal Palaeoscience for The Conversation. Some of the species that roamed this area are now extinct; others evolved over the millennia and their modern descendants inhabit different areas - some far away, others nearby.

Helm, a Research Associate at Nelson Mandela University, said that in the 19th century, a population that came to be known as the "Knysna elephants" (a reference to the nearest big town) were the most southerly group of elephants in Africa. Over time they became the only free-ranging elephants in South Africa. Their numbers were decimated by the ivory market and habitat transformation. Evidence indicates that only one elephant, an adult female in her forties, remains.

Now, about 18km from the area that lone elephant occupies, new evidence has been found of her ancient ancestors in the form of fossil tracksites. What appears to be the first example in the global trace fossil record of elephant trunk-drag impressions has also been identified, Helm added. 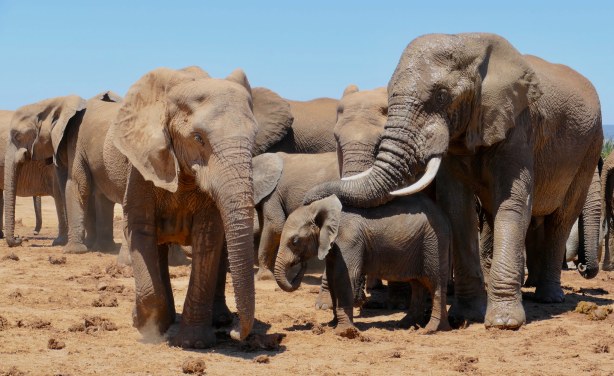