Unrefined gold imports from both Tanzania and Zimbabwe have pushed the two countries into becoming some of Uganda's largest trade partners, according to data from Bank of Uganda. In June 2021, Zimbabwe was Uganda's leading single source of imports, beating China and India. Imports from Zimbabwe surged to U.S.$170.8 million, which was higher than the U.S.$122 million and U.S.$100 million spent on goods imported from China and India, respectively.

Bank of Uganda Director for Communications, Charity Mugumya said that the surge had been a result of increased demand for unprocessed gold from Zimbabwe. According to data from the United Nations International Trade Statistics Database, in 2020, Uganda imported U.S.$203.57 million worth of gold in unwrought, semi-manufactured and powder form. Uganda also imports pearls, metals, raw tobacco, ferroalloys, nickel ore, diamonds and precious stones from Zimbabwe. 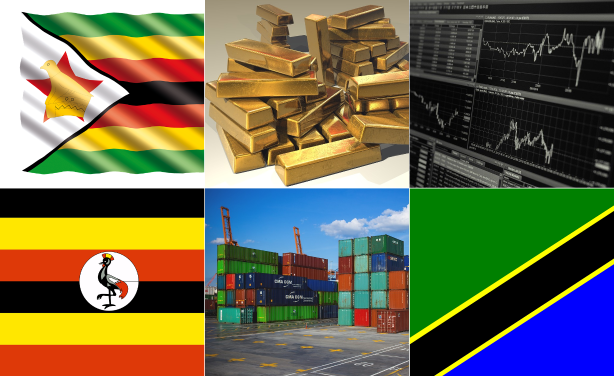