Food experts have said there is no single factor behind Madagascar's crisis, but that worsening droughts linked to climate change, alongside a fragile food system and the economic impacts of Covid-19 have all played a role.

While droughts are not new to Madagascar, the severity of the current drought has been heightened by extreme climate shocks, the experts said.

The Inter-governmental Panel on Climate Change, in its first U.N. science report, said in August 2021, that the country has experienced increased aridity and that human-induced climate change is the main driver of Africa's rising surface temperature.

Humanitarian agencies say that the Covid-19 pandemic has interrupted supply chains, increased unemployment and curbed access to food markets. Subsistence farmers have been so badly affected that aid charity Médecins Sans Frontières has said that many are eating insects and cactus leaves to survive. 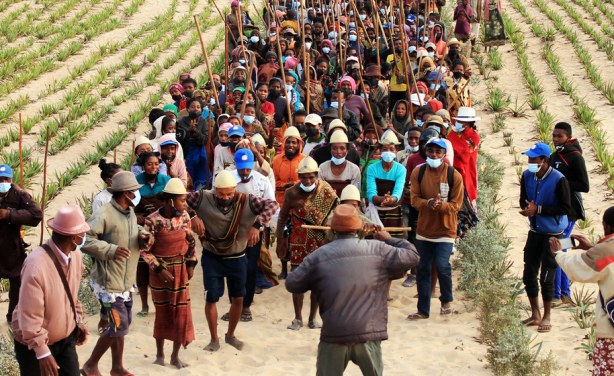 The community in Maroalomainty in the south of Madagascar has planted vegetation to mitigate the effects of climate change.