Muhammed Ssegirinya, an MP, and legislator Allan Ssewanyana are being held at Kitalya Prison until September 15, 2021 where they will appear in court on allegations of the murder of Sulaiman Kakooza, Michael Kiza Nswa, and Tadeo Kiyimba and one of attempted murder of Robert Ssebyato who survived. The duo and ten others being held at Masaka Ssaza Prisonare are also alleged to have been responsible for the recent spate of killings in Masaka sub-region that left close to 30 people hacked to death.

The two politicians are members of the opposition National Unity Platform (NUP), whose leader is singer-turned-politician Robert Kyagulanyi (also known as Bobi Wine), who ran against President Yoweri Museveni in a disputed election in January 2021. A police spokesperson said that some of the suspects named the legislators as the masterminds behind the killings. The motive for the killings remain unknown at this stage, the police said. Kyagulanyi told the Agence France Presse agency that the accusations were part of a plot by Museveni's government to vilify the opposition. "When the president said recently (the) opposition was behind the killings we thought it was a bad joke. But when the police summoned our MPs, we knew the grand plan by (the) regime to implicate NUP leaders in the killings was being implemented," he said. 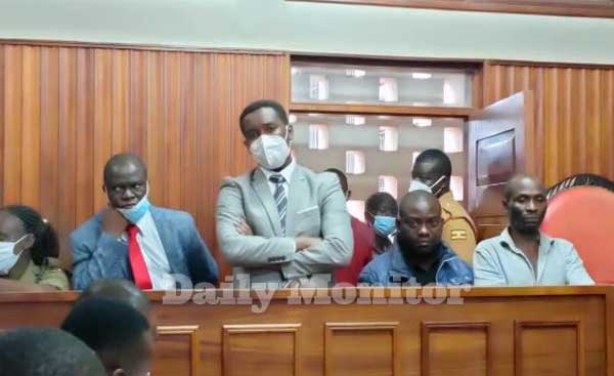