According to a study by the Convention on the Conservation of Migratory Species of Wild Animals (CMS), 70% of mammal species protected under the CMS are used for wild meat consumption. This has led to drastic declines, and also the extinction of several migratory mammal populations.

The groundbreaking report found that wild meat is often a major driver for legal and illegal hunting, particularly of larged hooved mammals and primates, especially during times of conflict or famine and in the course of changing land use. According to the report, there is strong evidence that zoonotic disease outbreaks are linked to human activities, as is strongly believed by many scientists in the case of the current Covid-19 pandemic.

The taking of wild meat and consumption has been identified as the direct and causative agent for the spill-over into humans for Monkeypox virus, SARS, Sudan Ebola virus and Zaire Ebola virus, with subsequent human-to-human transmission. 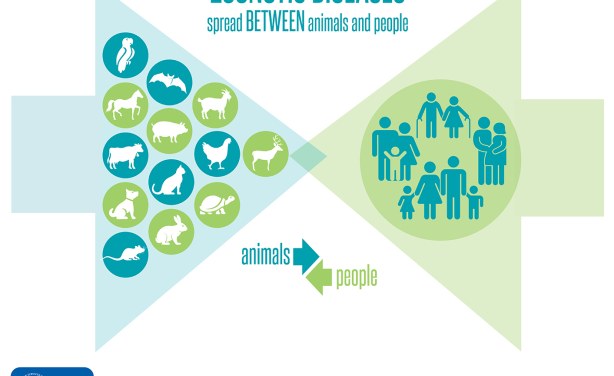 Centers for Disease Control and Prevention

Animals can sometimes carry harmful germs that can spread to people and cause illness – these are known as zoonotic diseases or zoonoses.