BloLab, a startup in Benin is turning plastic jerricans into computers using recycled components and distributing them to the public at a low cost, writes Anne Nzouankeu for Voice of America.

Arthur Dadjo is a student in Cotonou, Benin, where innovation and recycling meet. For the past year, he has been using a computer he built himself. It is made from a plastic jerrycan, recycled materials and parts from an old or broken computer to build what would become the computer's motherboard and hard drive.

Locals call it "Jerry" after the name of the containers. With royalty-free software installed, it is as good as new. And most importantly, cheaper. 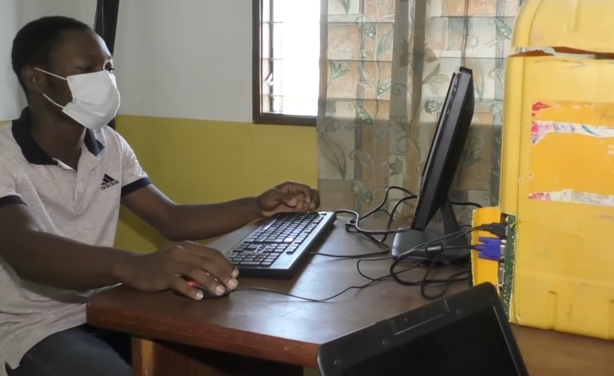