The University of Cape Town's (UCT) Professor Sheetal Silal and Professor Michael Claeys have received NSTF-South32 Awards in recognition of their outstanding contributions to science, engineering, technology and innovation in South Africa.

Silal, an associate professor in the Department of Statistical Sciences at UCT, and an expert in the development of mathematical models for predicting the dynamics of infectious diseases, was awarded for her contribution through combining knowledge from biology, clinical medicine, public health and economics to develop mathematical disease models to help shape health policy and improve the health of the people.

Claeys, a professor in the Department of Chemical Engineering and director of the South African national DSI-NRF Centre of Excellence in Catalysis was recognised for his lifework on the development of capacity and research capacity in catalysis - the process of increasing the rate of a chemical reaction by adding a substance known as a catalyst - which lies at the heart of 90% of production processes for chemicals. 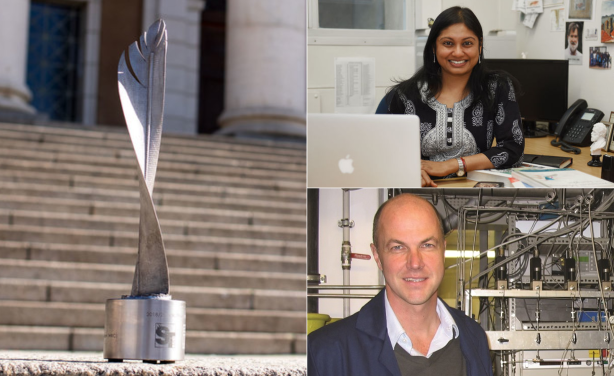