A court of appeal in France has found Congolese rhumba singer Koffi Olomide guilty of holding four of his former dancers against their will but acquitted him of charges of sexual assault.

Olomide was accused by four of his former dancers of sexually assaulting them and holding them against their will at a villa outside Paris. The crimes were allegedly committed between 2002 and 2006. The singer has always denied the allegations.

He was handed a suspended 18-month jail term and obliged to keep the peace for three years. In addition to the suspended sentence, he was ordered to pay a fine of U.S.$11,000 - U.S.$36,000 to each dancer.

The lawyer who was representing three of the women, David Desgranges has said that his accusers will "obviously be disappointed about the sexual assault verdicts because for them this was the most important thing."

The popular singer is no stranger to controversy as he was declared persona non-grata in 2016 and deported after he kicked one of his female dancers at Jomo Kenyatta Airport in Kenya. He was slapped with similar charges by authorities in DR Congo in 2016 for kicking one of his dancers. Koffi Olomide is also the subject of a judicial process in Zambia, where he was previously barred from entering after he slapped a Rwandan photojournalist in Lusaka in 2012. 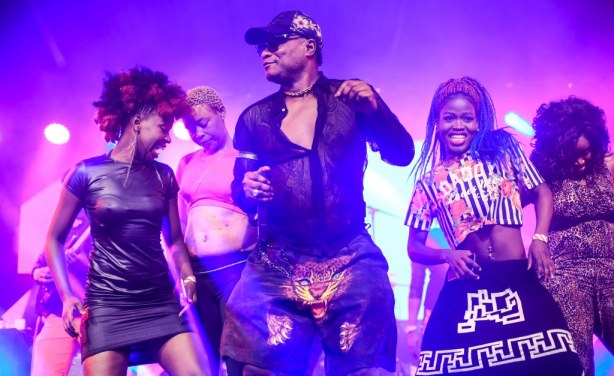