Environmental groups have criticised the plan by French and Chinese oil companies to develop oil resources under Lake Albert in Uganda and build a pipeline to bring the oil though Tanzania.

France's Total and China's CNOOC signed a U.S.$10 billion deal on February1, 2022. Environmental groups are warning that the pipeline will be devastating for wildlife and people along its route. The deal aims to exploit huge crude oil reserves under Lake Albert, on the border between Uganda and the Democratic Republic of Congo.

"This milestone puts us on the path to first oil in 2025," Uganda's Minister of Energy and Mineral Development Ruth Nankabirwa Ssentamu said in a speech ahead of the signing. The Lake Albert development project will involve creating oil fields, processing facilities and a pipeline network in Uganda, plus a 1,400-kilometre heated pipeline through Tanzania to export the oil to the port of Tanga on the Indian Ocean.

Uganda discovered the reserves in 2006, but production has been delayed by disagreements between the government and oil companies over tax and development strategies, and a lack of infrastructure. Government geologists estimate that 1.4 billion barrels are recoverable of the 6.5 billion barrels in the ground. 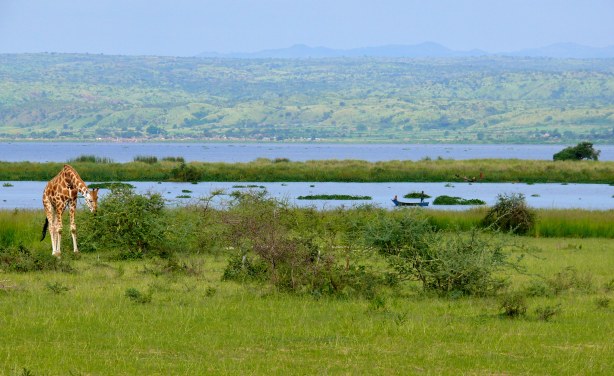