Ethiopia's ancient civilisations are believed to date back more than 3,000 years. Many of the country's most famous ancient artefacts are found in Tigray. The region has been embroiled in war since November 2020. With the region under a blockade, it has been difficult to track the scale of the damage done.

The church underpins historical and modern claims of political and military authority in Ethiopia. It has shaped community identity and informed cultural narratives. The bombing and destruction of churches, as well as other religious sites, strike at traditional power structures. These sites are cherished, multi-functional gathering places and sacred spaces. Looting and attacking them is a grave dishonouring of cultural values.

Hagos Abrha Abay, a philologist, is documenting the region's heritage loss. He sheds light on new reports of destruction in Ger'alta, which has some of Tigray's oldest churches and monasteries. 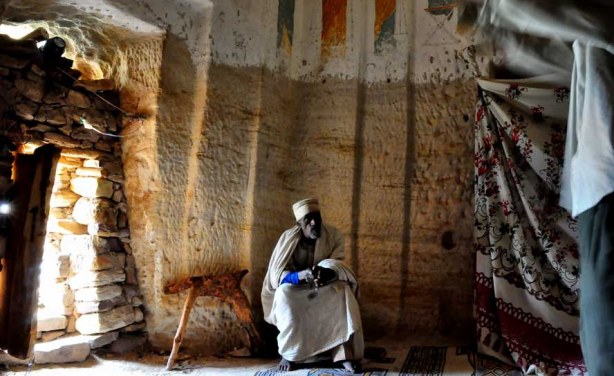 A church in Gheralta in Tigray, Ethiopia in 2013 (file photo).