Billions of people are facing the greatest cost of living crisis in a generation due to rising food and energy prices amid rapid inflation and increasing debt, leaving the most vulnerable consumers in a dire situation, said the UN trade and development body, UNCTAD.

UNCTAD's analysis shows that a 10 per cent increase in food prices will trigger a five per cent decrease in the incomes of the poorest families, roughly equivalent to the amount those families would normally spend on healthcare.

In Kenya, rising prices of basic commodities have left most citizens wondering what's going on. The price of a 2kg packet of maize and wheat flour hit 200 shillings (U.S.$2) from a low of 120 shillings in about three months. That is a 67 percent increase. The 12-month overall inflation rate reached 7.91 percent in June 2022. Kenya's average annual per capita income is US$5,270. With inflation, citizens lose even this limited purchasing power. The same money buys less. Wages and salaries do not go up fast enough.

Menawhile, approximately 11 percent of South Africa's 60 million people are hungry and food insecure, according to The Borgen Project nonprofit. Almost half of the population receives various social grants, but researchers have warned that government benefits are not keeping pace with inflation. The child support grant was 41 percent below the average cost of a basic nutritious diet for a child, according to the Pietermaritzburg Economic Justice and Dignity group

This comes as the European Union pledged to support Africa's efforts to achieving food security. The pledge will also help to decrease the continent's dependence on agricultural inputs that are exported from elsewhere in the world. 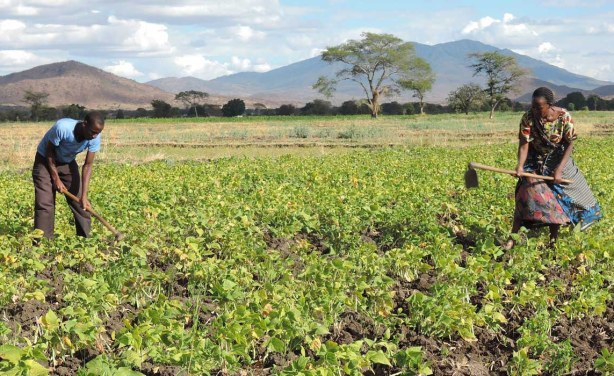