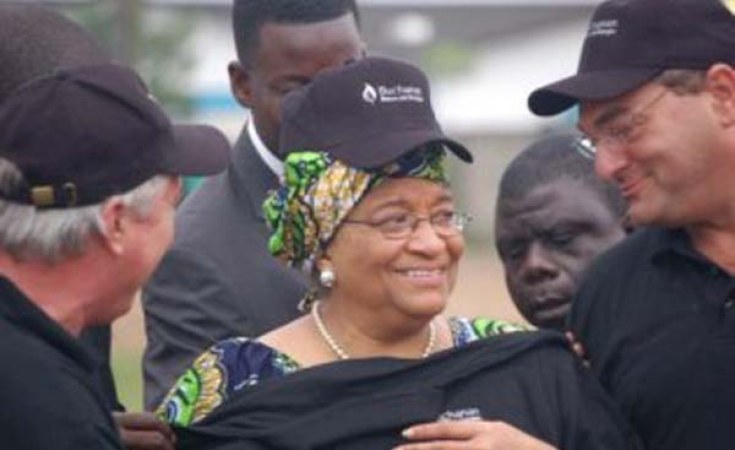 In the face of the global economic downturn, ArcelorMittal and its Liberian employees and subcontractors are unlikely to reap the benefits of the steel company investment in iron ore production in Liberia any time soon, writes Rebecca Murray of IPS (Inter Press Service).

ArcelorMittal met with the approval of watchdog Global Witness for negotiating 'a deal that remains profitable and safeguards the interests of the host country and its people'. In the current climate, however, Liberia is reluctant to impose conditions on investors, while contractors are willing to compromise on working conditions, fearful that unionising would put their jobs in jeopardy. The company posted losses of over US$2.6 billion globally in their last quarter.

Three exhausted railroad workers sip beer and talk on the back porch of a makeshift bar in Liberia's rural Nimba County, concealed by nightfall and the deafening din of motorcycles and a generator nearby.

'We raised the alarm two, three times, but they have not come to our aid', says one of the men softly, requesting anonymity for fear of losing his job. 'They promised us once in November that they were going to come, and they would raise the salary up, but still nothing has been done.'

It is the end of another gruelling ten-hour day [mp3 file] for Liberian workers renovating the rails over 250 kilometres of railroad, from the coastal port of Buchanan to the mining town of Yekepa, on the border where Liberia, Guinea and the Ivory Coast intersect.

They work for a Brazilian-owned company Odebrecht, which has been contracted by international steel giant ArcelorMittal.

The teams hammer down tracks six to seven days a week in the tropical heat, and sleep in tents on a plywood floor. They are allotted one cup of rice and soup daily, drink well water and have their pay docked for hospital visits.

The Odebrecht company website says, 'For every day worked, each of them receives a kilo of rice and the equivalent of one U.S. dollar to pay for their meals, in addition to monthly wages.'

However, the workers claim they earn an average monthly salary of around US$80 after taxes, which in Liberia's inflated economy leaves them struggling to cover basic necessities like rent, food, transportation and school fees for their families back home.

Yekepa, the seat of ArcelorMittal's large iron ore concession, is surrounded by mineral-rich hills and lush, dense jungle. In Yekepa's heyday, the Liberian American Swedish Chemicals Company (LAMCO) ran the high-grade ore mine from the 1950s until Charles Taylor's rebels invaded in 1989.

On the town's outskirts, jungle encroaches on remnants of that time - a vast art deco swimming pool, rusty trains, and the whitewashed skeletal remains of buildings picked clean by looters.

ArcelorMittal, the world's largest steel manufacturer, moved into town three years ago as part of its global mission to increase the company's iron ore production to two-thirds of the total product they purchase.

'Liberia is one of the stepping stones to get there', Joseph Mathews, the company's head in Liberia, told IPS.

Pushed by the incoming government of Ellen Johnson-Sirleaf in December 2006 to revise their original contract signed just months before her election in August 2005, ArcelorMittal pledged a US$1.5 billion, 25-year investment for the old LAMCO property. The government owns 30 per cent of the net profit, and receives a 4.5 per cent royalty fee and three million dollars annually for development projects in Grand Bassa, Bong, and Nimba Counties.

'The renegotiation was for the rail and the port, and it became not a company asset but a government asset', Mathews explains. 'We get the rights to run it, control it and fix it up, then they get it back at the end of the 25 years.'

Global Witness, the UK-based corporate watchdog and critic of the company's original contract said, 'Mittal Steel has shown that it is possible for a multinational company to act responsibly and negotiate a deal that remains profitable and safeguards the interests of the host country and its people. However, the real benefits of this contract to Liberia can only be truly assessed as the company starts its operations.'

For the past three years, President Johnson-Sirleaf has aggressively courted companies to invest in Liberia's most valuable resources - iron ore, rubber and timber - but the global economic meltdown in September 2008 has hit the country's concessions hard.

ArcelorMittal just posted a net loss of US$2.63 billion worldwide for their last quarter, and their operations in Liberia are feeling the impact. No iron ore has yet been exported from Yekepa.

ArcelorMittal CEO Joseph Matthews says, 'We will keep our operations going along with the rail, and at one point, earlier on, we thought we would start shipping ore at the end of 2009, but that has been delayed until 2010.'

'It will all depend on how quickly the recovery will come in... We have already put in a hiring freeze about two months ago, and our plans and hopes are to keep as much of our Liberian staff intact.'

Eugene Shannon, the minister for lands, mines and energy, is well aware of the local impact of the global slowdown. 'To tell you a fact, we are going to be as compromising as possible. In a downturn you cannot be as hard on people as you can be when things are normal... We can't kick you out, we've got to work it out because its in our interest to keep them in, and get as much out of them.'

Yekepa's sleepy market centre is filled with youth trying to scrape by as motorbike drivers, food and electronics vendors and selling gasoline in large jars.

Thirty-three-year-old Victoria Johnson lives close by. A plumber by trade, she moved with 10 family members from Monrovia into a friend's house, and fixes pipes at ArcelorMittal's residential quarters.

'I find small work and make about US$70 month', she says. Johnson is one of the family's few breadwinners. 'When the children get sick, we don't take them to the hospital, we don't have the money. We go to the drugstore.'

ArcelorMittal say they have almost 500 staff members and about 2,000 contractors on the ground. They hope to eventually increase their staff to 3,500.

Labour Minister Kofi Woods says that rules for safeguarding the company's subcontracted workers were not established in the concession contract, and they are looking at standards compliance. 'Serious issues include wages, working conditions, health and safety', he says.

A haggard 36-year-old guard for the security company Segal - contracted by ArcelorMittal - returns home from a night guarding the nearby Tokadeh iron ore mine. Wishing to remain anonymous, he says he works seven days a week for nearly US$80 a month. He receives no housing or health benefits, and has also been asked to vacate his home.

'I don't know the arrangement between Segal and Mittal steel. Certainly the pay does not come regularly', he sighs. 'And anytime they want to fire you, they can fire you from your job.'

ArcelorMittal CEO Mathews explains: 'We pay Segal US$150 to US$200 a man, and it's the company's decision what to pay their workers... But in the next stage, we will put these safeguards in there that you cannot take 50 per cent of what you pay and call that profits for yourself as the owners of the company.'

Darius Dahn is a union organiser in Yekepa with the Forestry Logging Industrial Workers Union (FLIWU). He recently sent over workers' signatures to the labour ministry but concedes that organising the ArcelorMittal workforce - mostly drivers and workers at Buchanan's port - and the subcontractors is an uphill battle.

'They are just six-month contractors and are afraid with the union issue that management will terminate their contract after it's over.'

But ArcelorMittal begs for time. 'There is a perception out there that a company comes in and turns things overnight', says Mathews.

'And looking back, our memories always give us this great picture of what the past was. It takes time to get there. I think what we end up with will be a whole lot better than LAMCO back in the sixties - it's just a whole new world and it will be a better environment.'

* Rebecca Murray, a correspondent with IPS (Inter Press Service) is a writer based in South Tyre, Lebanon. This article was originally published by IPS.

* Please send comments to editor@pambazuka.org or comment online at http://www.pambazuka.org/. 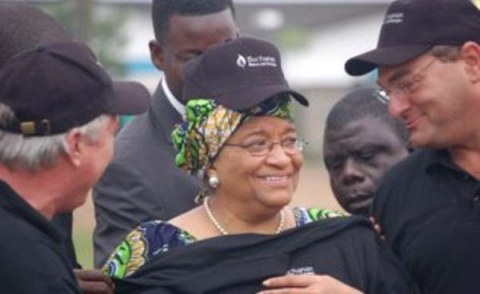 Liberia Recovery Attracts Big Investments
Tagged:
Copyright © 2009 Fahamu. All rights reserved. Distributed by AllAfrica Global Media (allAfrica.com). To contact the copyright holder directly for corrections — or for permission to republish or make other authorized use of this material, click here.