The government efforts in seeking investors to aid the country's recovery drive from years of conflict are beginning to yield results. 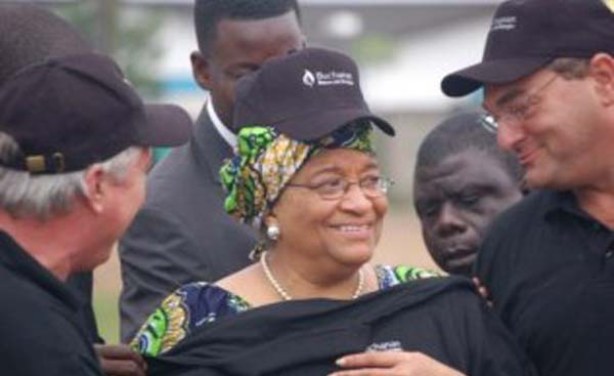 President Sirleaf at an event marking investment by Buchanan Renewable.