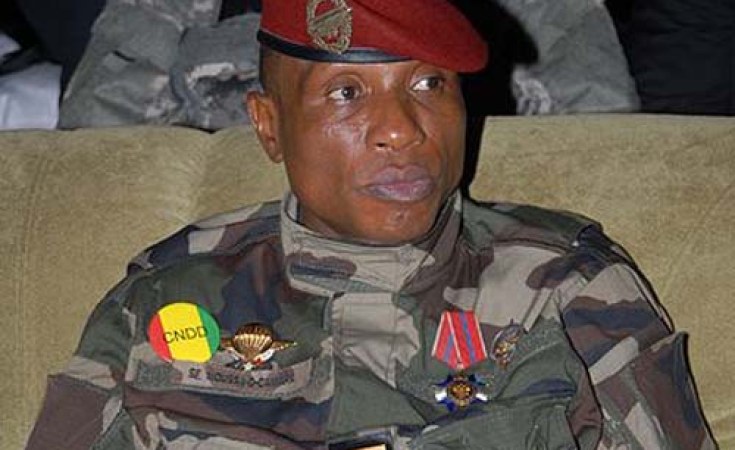 An attempt has been made on the life of the head of the military junta in Guinea, Moussa Dadis Camara.  According to newspaper reports, he sustained severe head injuries when shot by an aide de camp, Aboubacar Toumba Diakité.

Le Soleil of Dakar reports that the junta's secretary of state, Tiegboro Camara, confirmed in a radio broadcast that  Diakité has been placed under arrest. But he refused to give any reasons, saying they were considered "state secrets".

Many witnesses to the September 28 massacre in Conakry, carried out by members of the presidential guard when suppressing protest against the military, singled out Aboubacar Toumba Diakité as the commander who ordered the shooting.

Fasozine newspaper of Ouagadougou reports that although the reason for Diakité's action remains uncertain, many Guineans believe that it is a result of Camara placing the blame for the September 28 massacre on his shoulders.

According to sources from Camp Alpha Yaya Diallo, the barracks where Camara has his headquarters,
the juntal turned down an offer from Senegal to take Dadis Camara to Dakar for treatment. Dakar, however,  dispatched an emergency medical plane to Conakry to treat the injured leader.

Since the nature of the injury remains unknown, some sceptics believe reports of a shooting might be a  ploy on the part of the junta to divert international attention from the real issues.

Fasozine also reports that since September 28, considerable dissent has emerged from within the junta and Dadis Camara has lost much support from former allies. The paper suggests Diakité might be the junta's first "sacrificial lamb" in an effort to avoid being blamed for the massacre by the international community.

The paper also questions what will become of the negotiations to end Guinea's crisis which are being facilitated in Ouagadougou by Burkina Faso's President Blaise Compaoré.

Translated and adapted from the French by Michael Tantoh.