Nigeria: Nation Needs to 'Move Back From the Brink' 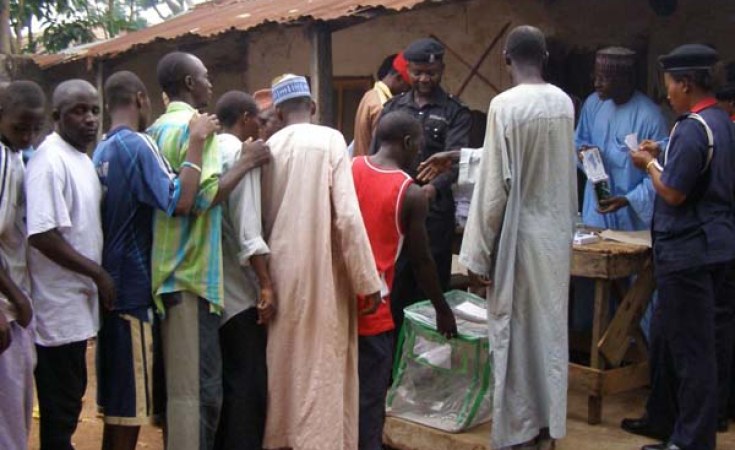 In his recent book, Nigeria: Dancing on the Brink, John Campbell, U.S. ambassador to Nigeria from 2004 to 2007, warns that the nation risks violence and a possible coup if the 2011 presidential elections fail.

Campbell recently spoke with AllAfrica's Cindy Shiner about Nigeria's political dynamics and how he believes the elections are shaping up.

Your book is titled "On the Brink" - it has often been said that Nigeria, Africa's most populous nation, is at risk of collapse or disintegration. Do you think the risk is greater now than it has been for the past 20 years, and if so, why?

The risks are greater I think at present because, one, there is an insurrection in the Delta. Secondly, there are radical groups, particularly in the north, such as Boko Haram, that periodically explode against the state.

What you have is an apparent fracturing of the elites. One of the reasons why Nigeria has danced on the brink and not fallen over is there has been a kind of unity amongst the elites all over the country. Part of that is self-interest: it is, after all, a united Nigeria that gives them access to the immense amounts of oil revenue.

What you've got right now is a convergence of stresses. You've got the Delta, you've got Boko Haram and similar groups in the north, and you have an apparent division amongst the elites along north-south lines.

That is new. There is a footnote I would add to this -once Nigeria did fall off the cliff. That was the civil war of 1967 to 1970, so it has happened in the past.

One of the things that concerns me is that at least among some of the elites there is a sort of pride about dancing on the brink as opposed to a prudence about the need to draw back from the brink.

You have said that the apparent end of a power-sharing, or zoning, arrangement between the mainly Muslim north and predominately Christian south could lead to "postelection sectarian violence, paralysis of the executive branch, and even a coup." Now that President Goodluck Jonathan, a southerner, has declared his candidacy out of turn following the death of President Umaru Musa Yar'Adua, this effectively ends the power-sharing deal. What do you think of the selection by northern political leaders of former vice president Alhaji Atiku Abubakar to oppose Jonathan, and how do you see the elections shaping up?

One of the unanswered questions at this point is how broad the northern consensus is. [Abubakar] is an interesting figure in many ways. He is thoroughly civilian. Other northern political leaders often have a military dimension to their background, which Abubakar lacks. He is also very pro-American. He has an American wife and he has American children.

He founded the American University of Nigeria. It's interesting because it's the only private university in Nigeria that has absolutely no connection with any religious body.

Under zoning, an informal power sharing arrangement between the predominantly Muslim north and Christian south, the presidency rotates every eight years. [Abubakar] believes, as does much of the northern political elite, that it is still the north's turn to hold the presidency. [Under zoning] Yar'Adua, from the north, followed [former] president [Olusegun] Obasanjo who was from the south.

But President Yar'Adua died, making Goodluck Jonathan, who was vice president, the president. Many in the north expected that Jonathan would step aside and not contest in 2011 but rather wait until 2015. But Jonathan is contesting. Therefore, it should be no surprise that the north is seeking to put forth its own candidate.

At this point we're talking about primaries within the ruling People's Democratic Party (PDP). So we're talking about Abubakar and Jonathan contesting for the PDP nomination. The issue really is whether the supporters of the two start to try to put together political coalitions based on appeals to ethnicity and religion.

There are signs here and there that some of President Jonathan's supporters are indeed starting to do that, particularly in the Middle Belt. It remains to be seen whether this becomes significant. If it does, appeals to ethnicity and religious identification in the context of Nigerian politics is always dangerous.

Do you see Jonathan coming out on top in the presidential primaries?

That [could happen because of the advantages of incumbency], or the [ruling] party will split, either formally or informally. Political parties in Nigeria mean very little. They're essentially instruments for winning political power. They are not ideological; they do not have political platforms.

How do you see these alliances or divisions happening?

If there is an appeal by politicians to religious or ethnic identities at the state, local or national level, essentially what you're doing is letting the genie out of the bottle. The country has 250 to 350 different ethnic groups; the population is divided almost 50-50 between Muslims and Christians. The sense of national identification is fairly fragile.

Ethnicity and religion matter to the Nigerian in the street - in fact polling data indicates that [Nigerians] are more likely to identify themselves by ethnicity or religion than they are by nationality. Under those circumstances, and in a country with severe challenges, appeals to ethnicity and religion really means letting the genie out of the bottle.

There is not a lot of time to make them so.

Are you more optimistic about the polls than you have been recently?

Not really. At issue here is the credibility of the elections. The time is short for registering voters and for establishing the necessary polling places. What has always concerned me is that Nigerian politics could polarize along religious and ethnic lines; that is a process that would appear to be underway at present. You have within the PDP a northern Muslim and a southern Christian contesting for the nomination.

Some of your critics, including former U.S. ambassador to Nigeria Howard F. Jeter, say that you reduce Nigeria to two monolithic, antagonistic and inexorably colliding blocs, one northern, the other southern. They also bristle at doomsday scenarios they say you paint. What is your response?

I hope the doomsday scenario is avoided. I also think that pointing out the very real dangers and possibilities might in fact encourage Nigerians to move back from the brink. After all, in domestic politics accidents do happen, unless you avoid them.

The former head of Nigeria's Economic and Financial Crimes Commission, Nuhu Ribadu, has announced plans to contest the presidential election. Some of his supporters hope he can win on an appeal similar to that of U.S. President Barack Obama. Do you think Ribadu could provide a sense of national pride to bring about real change?

Over time, yes. In the short term I think he'll have a great deal of difficulty. Presidential politics remains an elite game in Nigeria, and I think [Ribadu] simply doesn't have enough support there.

Nigeria has had a serious problem with graft - do you see that situation improving?

No, at least there are no signs of it.

Do think that will be Nigeria's ultimate failing, that until corruption is cleaned up real change will be impossible?

This is perfectly true. Nothing can really change. I have a chapter in my book on who runs Nigeria - cooperating and competing elites. For the majority the status quo is satisfactory, and as long as that is the case it's very difficult to bring about change. But there are forces that are willy-nilly pushing for change - that is to say the insurrection in the Delta, the emergence of groups like Boko Haram in the north and a political dynamic which is setting aside zoning.

What was the point of zoning? Zoning was a process designed to take ethnicity out of presidential politics. It was an instrument by which the elites from all over the country could essentially select or anoint the president. Now, what we have in 2011, for the first time since the restoration of civilian government, is the potential for real elections with real candidates who, because they represent differing regions and differing religions, may well attract a great deal more popular attention.

The Independent National Electoral Commission in 2007 said there was something like 32 million ballots cast. Most Nigerian and foreign election observers thought that no more than 12 or 13 million ballots were actually cast. And some groups think the number was as low as five million. In other words, elections in 2007 were largely meaningless because everybody knew who was going to win and all three candidates were northern Muslims.

You say the argument of your book has been that Nigeria is important to the United States and the international community, and that the U.S. administration should pay more attention to it. Are there any indications that the Obama administration is taking Nigeria more seriously and moving it higher on the agenda?

Yes. I think there are very definite signs - quite concrete over the past year - that the Obama administration is paying more attention to Nigeria. There are steps underway to establish a consulate in the north.

Secondly, vacant positions within the embassy and the consulate in Lagos are being filled. In Washington there's been an increase in personnel in the [State] department who are working on Nigerian issues. 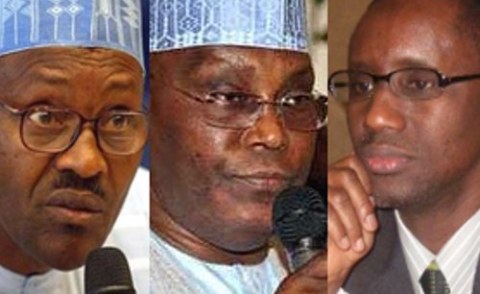 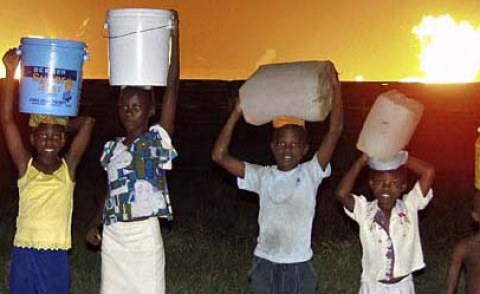 Nigeria: Jonathan Needs to Allay Citizen's Fears
Tagged:
Copyright © 2010 allAfrica.com. All rights reserved. Distributed by AllAfrica Global Media (allAfrica.com). To contact the copyright holder directly for corrections — or for permission to republish or make other authorized use of this material, click here.