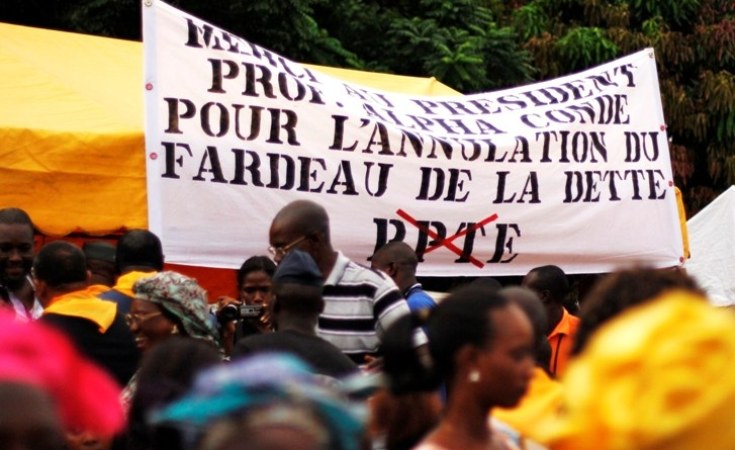 Washington, DC — Promoting democracy in Africa has been a policy focus for successive U.S. administrations in the post-Cold War era. Since President Barack Obama took office in 2009, the American government has provided some form of backing for many of the two dozen presidential elections and several dozen national and local legislative polls that have been held across the continent.

According to the Congressional Research Service, the administration has identified democracy-building programs as its top foreign assistance priority in Africa, after three presidential global initiatives directed at health, hunger and climate change, and has asked Congress this year for a 19 percent increase. In the second part of an AllAfrica interview, the administration's top official dealing with Africa policy, Assistant Secretary of State Johnnie Carson, assesses the continent's recent record and details current U.S. efforts to encourage and strengthen democratic practices throughout the sub-Saharan region. Excerpts:

You have said recently that Africa is becoming more democratic. Can you cite specific countries where you see this happening?

Over the last two to three years, there have been very positive developments. Obviously, there have also been some dips, but by and large we see progress.

Democracies in Africa exemplify this already: Ghana, Tanzania, Mauritius, Botswana, Namibia, Benin - all of these countries - and others - are doing well and they represent the future for where Africa is going.

Where are you seeing changes that lead you to the 'positive trajectory' conclusion?

Starting in west Africa, we have seen a return to democratic governance in Guinea Conakry with the election of Alpha Conde - probably only the second time in that country's nearly 53 years of independence that they had a democratic election. Prior to that, [the country] had a succession of autocrats and military rulers, some of whom had carried out some of the most heinous human rights violations that we've seen. That election was a triumph for the people of Guinea Conakry.

In Niger, we saw the return of democracy with the election of President [Mahamadou] Issoufou, after a military junta had taken power to remove an elected president who had usurped both constitutional and judicial power. We saw in Cote d'Ivoire the return of democracy with the certification and installation of Alassane Ouattara after Mr. [Laurent] Gbagbo had attempted to steal an election.

In Africa's largest state, Nigeria, last April we saw some of the best elections since the end of military rule. Certainly elections in 2011 were substantially better than the elections that occurred in 2007. We have seen positive elections in places like Zambia, where a sitting president, Mr. [Rupiah] Banda, was defeated by an opposition leader, Mr. [Michael] Sata. Mr. Banda stood aside and left power willingly without any bloodshed and in a peaceful transition.

Liberia was another election that we followed very closely. We believe that was a fair election, a free election, an election whose outcome reflected the will of the people, and we have congratulated President Ellen Johnson Sirleaf, the only female president in Africa, for winning her second term. But we were a little bit dismayed by the reluctance of the opposition leader, Mr. Winston Tubman, to participate in the second round. Based on what we observed, there was no reason why the opposition should not have participated fully in the second round.

And there are others that I did not mention. It's not to say that every process or every election has gone well. But the trend line is up.

How do you respond to critics who regard U.S. backing for democracy as an imposition of Western values and practices or an attempt to influence electoral outcomes?

Polls taken around the continent show that Africans want democratic institutions. They want representative government. They want good government that provides them safety, security and opportunity. They want governments that are not corrupt, and they support democracy as it is defined across the globe, and they have shown their commitment in many instances.

President Obama, when he spoke in July of 2009 before the Ghanaian parliament, made it absolutely clear that Africa needs more democratic institutions, not more strong men. We try wherever possible to be supportive of the strengthening of democratic institutions and the democratic process. We work with local groups to promote civic education, to strengthen independent electoral commissions, to strengthen legislative bodies that work effectively for their constituencies, to create and strengthen strong judiciaries, and to support monitoring for elections.

We work alongside international organizations that are trying to strengthen democratic institutions - the National Democratic Institute, the International Republican Institute and the National Endowment for Democracy, the Carter Center and others. We do this work, in fact, without getting involved in partisan politics. And we will continue to do that.

Turning to last November's elections in the Democratic Republic of the Congo, you said in Congressional testimony that the process there "was deficient in many ways" but you also cited "positive attributes" such as the large turn-out. How has the outcome impacted your policy towards the country?

Those elections were seriously flawed. They were lacking in transparency, and they were not up to the kind of democratic standard that we have seen in other places around the world and in Africa. As I told Congress, the vote counting process managed by the election commission did not meet internationally accepted standards.

But we remain committed to trying to work with all of those who want to strengthen democratic institutions, improve electoral commissions and make democracy work for the people and the government of the Democratic Republic of the Congo. We have called on all parties to resolve their disagreements through legal mechanisms. We think that getting to the finish line is a process, it's not an event, and we have to continue to work to get there.

You led the U.S. observer team for the February 25 voting in Senegal. In a blog post from Dakar you mention the " intemperate rhetoric and unfortunate violence" that preceded the vote while also giving the election process good marks. How do you view Senegal's prospects?

The people of Senegal are to be applauded for the way they turned out to vote. These were, in my estimation, free, fair, transparent, peaceful and generally well organized elections. Virtually no violence around the country, no intimidation or harassment of voters, and the people of Senegal, and the government, and the Cena - the election commission [Commission électorale nationale autonome], should be praised for what they've done.

That election featured some 14 candidates for the presidency and required a 50 percent plus one (result) for victory. President [Abdoulaye] Wade, who was running for an admittedly controversial third term, only received some 35 percent of the vote. His nearest rival, Macky Sall, received 26 percent.

We hope the run-off on March 25 will be free, fair, transparent and without violence, and that we will see the same kind of strong civil society participation and turn-out that we saw in the run-up to those elections. We want Senegal to be successful, but more importantly, we want the people of Senegal to be able to cast their votes freely and fairly for the candidate that they believe is best able to lead them in the direction that they want to be led over the next five to seven years, depending on whether the constitution is ultimately changed.

There were concerns about Senegal, because we were all deeply shocked and concerned about the violence that occurred on June 23rd and again on June 26th and 27th. It was unprecedented in Senegal's history to see so many people so outraged and so angered by what they felt was a manipulation of the constitution. Some of those concerns were allayed with the fairness of the process, but it's not over, and we hope that the people of Senegal will turn out to vote for their candidate in this next round peacefully, as they did in the first round. It's important.

What are your expectations for Kenya's upcoming elections?

A lot has been accomplished in reforming the Kenyan constitution and addressing many of the problems that were responsible for the violence that occurred in 2007 and in 2008, following the controversial end to the presidential elections there between President [Mwai] Kibaki and now-Prime Minister Raila Odinga.

We believe that former Secretary-General of the United Nations Kofi Annan has done a remarkable job over the last three years of encouraging a process of political reform as well as political reconciliation. We have seen the adoption of a new constitution, the creation of a more presidential system, the devolution of authority to new districts, and the reshaping of the entire judiciary with the appointment of a new and highly respected lawyer as chief justice of the supreme court and a new attorney-general. These are steps in the right direction, and we hope the new constitution, the creation of new constituencies, the devolution of power, the creation of a new electoral commission, and the establishment of a new high court with many new justices all are good things for Kenya.

We're watching and we're hopeful about elections that will either occur in December of this year or in March of 2013. Kenya has been the most stable, the most democratic, the most peaceful state in all of East Africa and the Horn. It is the state in which the United States has enjoyed its strongest relationship since the 1960s.

It is also the lynchpin for the economies of the region. Kenya is, in fact, the largest non-oil, non-mineral based economy in all of sub-Saharan Africa. It's an economy based on people power and on great skills. It's got great universities, great professionals, great talent, but it's also the centre for transportation. It's the centre for commerce. It's an agricultural hub. Its ports, railroads and oil lines are vital for everyone from southern Ethiopia to northern Tanzania and across to Uganda, Burundi, Rwanda, and all the way out through to Goma, Bukavu and Kisangani.

It's an important country. We'd like to see it do much better than the 2007 elections. 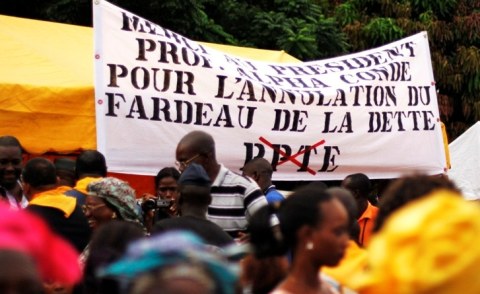 How is Guinea Faring After Two Years of Democracy? 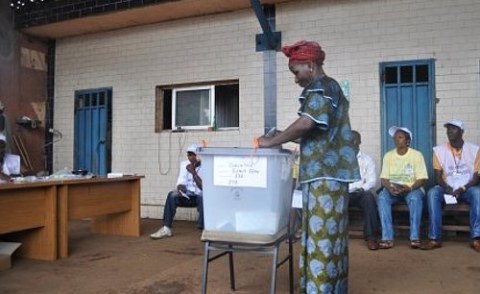 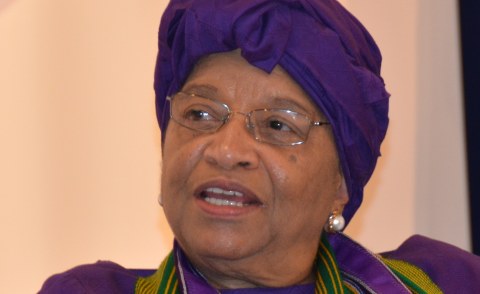 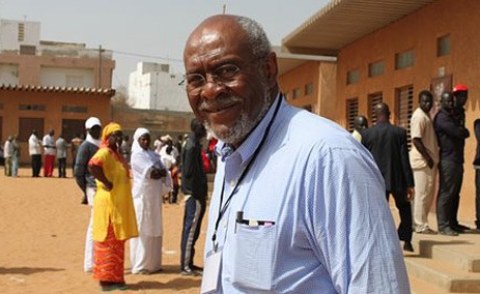 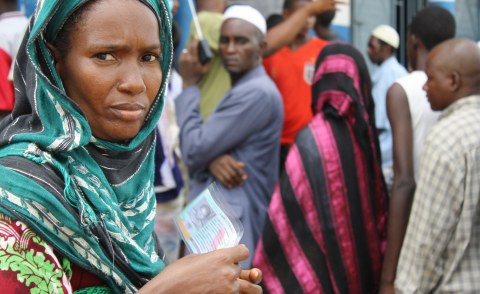 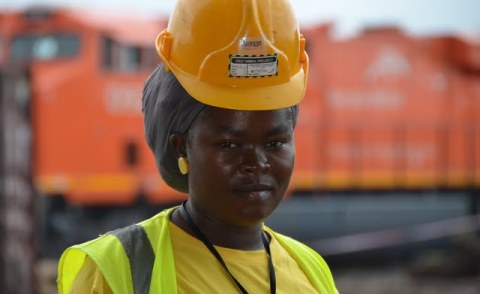 Fighting for Liberia's Future – One Issue at a Time
Tagged:
Copyright © 2012 allAfrica.com. All rights reserved. Distributed by AllAfrica Global Media (allAfrica.com). To contact the copyright holder directly for corrections — or for permission to republish or make other authorized use of this material, click here.