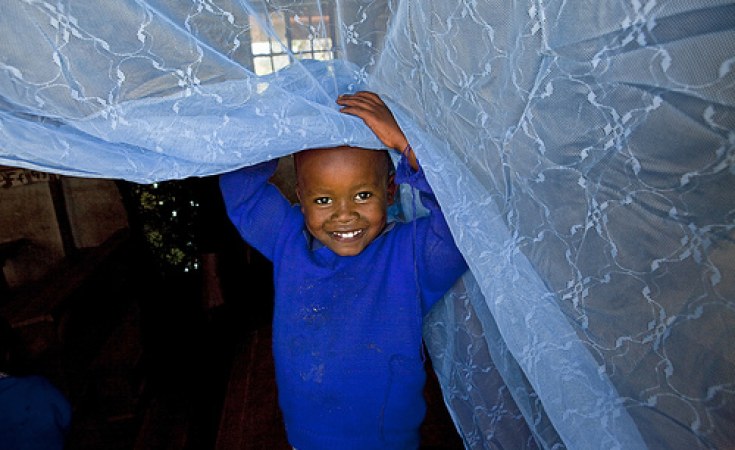 Against the backdrop of renewed hostilities between South Sudan and its northern neighbour, a fresh initiative aims to provide some relief from an ever-present threat that is killing refugees even as they flee the conflict - malaria.

Malaria is the leading cause of death of children under five years of age, according to the United Nations Foundation's Nothing But Nets campaign. In an effort to prevent the malaria-infected mosquitoes from causing further suffering, Nothing But Nets aims to distribute insecticide-treated bed nets to more than 100,000 refugees living in South Sudan and neighbouring countries.

The UN Refugee Agency (UNHCR) programme officer in South Sudan, Mark Kirya, said via a telephone link from South Sudan that while the UNHCR sought to diagnose and treat people with malaria as efficiently and effectively as possible, it was important to distribute mosquito nets in order to help deal with malaria "at source".

Malaria is widespread in South Sudan with 85 percent of the population living in a malaria endemic area. Kirya said that for seven to eight months of the year, "virtually everyone in the population is affected by the disease". Most affected are pregnant women and children under five.

One in three children under five years of age is likely to contract malaria, while out of every 100,000 people who contract the disease, 70 die.

In a vivid description of the impact of malaria on women and children, Kirya said that thousands of refugees were making their way on foot to places of safety, but in the absence of adequate food and health care, many died on the way.

In cases where mothers themselves were sick with malaria and had no health care, they were forced into making an invidious choice of taking only their healthy children with them and leaving a sick child behind because they were too weak to carry them on the journey.

"We and our partners are working hard to stem the tide of malaria," said Kirya. "It is very urgent because malaria has increased over the last year. It doubled in 2011 from the 2010 statistics that we have, which tells you that it's going to kill even more people."

Speaking during a telephone briefing to launch the campaign on Tuesday in Washington DC, the director of Nothing But Nets, Chris Helfrich, urged citizens in the United States and worldwide to support the initiative.

"Sending a $10 net to refugees in South Sudan and neighbouring countries is something significant and life-saving that nearly everyone can do to make a difference," said Helfrich.

Point guard for the Golden State Warriors, Stephen Curry, said he was happy to talk about bed nets that save lives, which were "far more important" than basketball nets.

"It's hard for me to understand that every 60 seconds a child dies from a disease that's easily preventable by sleeping under a net," said Curry. "I'm happy to be working with Nothing But Nets to help the refugees who have been forced to leave everything and to escape violence and conflict. Malaria should be the one thing that they don't need to worry about and hopefully with our help they won't need to worry."

Curry, who is soon to be a father, said he was acutely aware of the responsibility of being a parent, and added, "Here we have an opportunity to help a parent in Africa keep their child safe, and it's only going to cost $10."

Curry plans to travel to the South Sudan region in May with the UN Foundation and Nothing But Nets. "I'm looking forward to seeing first hand the great work that's happening on the ground and to meeting these families and giving their nets. You don't need to be an NBA player to make a difference; anyone can be a champion in the fight against malaria."

A center for Chicago Sky in the WNBA, Ruth Riley, has worked with Nothing But Nets since the campaign launched in 2006. She has travelled to Angola, Mali and Nigeria to distribute bed nets.

"Nothing prepares you for the devastating effects of malaria and what that looks like," said Riley. "It's unbelievably heartbreaking to go to hospitals and see children literally dying from this disease that is completely preventable."

In response to a question from about whether the campaign also planned to appeal to Africans themselves for donations for mosquito nets, the vice president of Global Partnerships at the UN Foundation, Elizabeth Gore, said that Nothing But Nets was "proud to have a global network of donors, many of which are from the continent of Africa".

Gore added that the bed nets campaign also drew on the support of Africans within the diaspora community in the United States "who had stepped up" and were contributing both their time and their voices to the campaign.

This included requests to Washington to earmark federal money for the President's Malaria Initiative and the Global Fund to Fight Aids, Tuberculosis and Malaria. 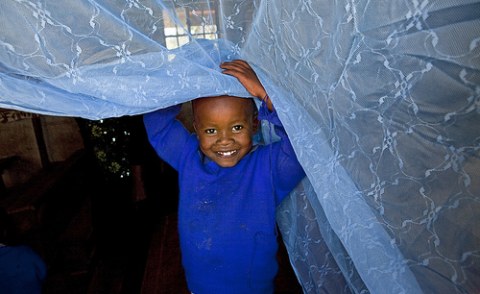 South Sudan: Nets for Relief as Refugees Flee
Tagged:
Copyright © 2012 allAfrica.com. All rights reserved. Distributed by AllAfrica Global Media (allAfrica.com). To contact the copyright holder directly for corrections — or for permission to republish or make other authorized use of this material, click here.