Africa: The Need for a Sea Change in Africa's Coastal Laws 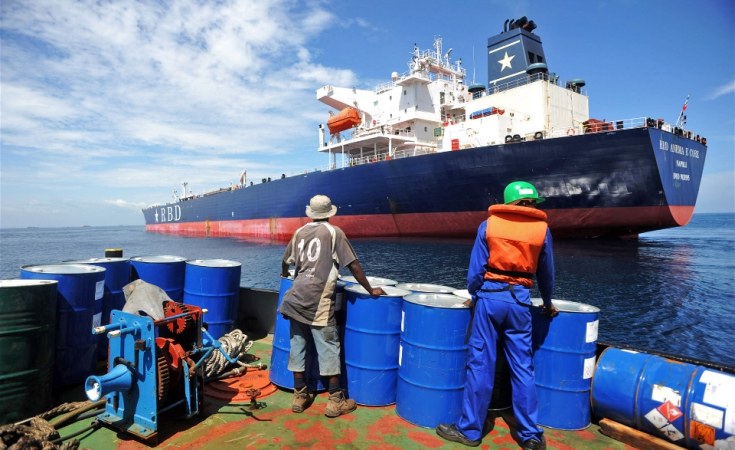 Daniel Hayduck/IRIN
A crew member prepares to board a tanker.
ThinkAfricaPress
analysis By Chika Ezeanya

The African Union (AU) is in the concluding stages of fashioning an African 'cabotage' regime to ensure that only African-owned vessels can trade within the continent's coastal waters.

Many countries have cabotage regulations that restrict which carriers can conduct trade or navigate within their coastal borders. But Africa is only now taking action to legislate in a daring, though necessary, move to liberate African coastal waters from age-old foreign dominance, and take a significant step towards a more unified continent.

The history of maritime trading within Africa's coastal waters, particularly sub-Sahara, is one of foreign domination and exploitation. From four centuries ago, European vessels traversed African coastal waters, hauling human cargo from Africa to Europe and the Americas.

From the 17th century, the Dutch East India Company set several trading vessels to sail along the rocky shoreline of the Cape. The huge profits from the trade, coupled with the region's good weather, however, turned what began as a trading mission into a permanent settlement. In the following centuries native Africans suffered oppression, segregation and eventually apartheid.

In West Africa, following the abolition of the slave trade in the 19th century, British imperial vessels dominated the upper and lower Niger River, mostly trading palm oil, rubber, cotton and other commodities.

And from the late 19th century, the Congo River played host to numerous vessels of the International African Society, a private holding company of King Leopold of Belgium. The company enslaved the Congolese population to access ivory and rubber for European markets.

At sea over cabotage laws

Despite the political changes in African countries since the granting of independence in the mid-20th century, however, little has changed in terms of cabotage laws.

Non-African companies continue to dominate African coastal waters; African commodities and raw materials are still freighted aboard foreign vessels and exchanged for often sub-standard, over-priced, manufactured foreign goods; African coastal waters remain largely unregulated and any shipping vessel is, for the most part, free to sail from one coast of the continent to another; and African countries remain disadvantaged, economically and otherwise, under this enduring imperial arrangement.

The African situation contrasts sharply with other parts of the world where regulations govern the domestic transport of cargo by foreign-registered vessels. In China, for example, the Maritime Code states that "shipping and towage services between the ports of the People's Republic of China shall be undertaken by ships flying the national flag of the People's Republic of China".

While in the US, federal law demands that all "goods transported by water between US ports should be carried in US-flag ships, constructed in the US, possessed by US citizens, and crewed by US citizens (75% at least)". India's cabotage regulations ensure that coastal trade is strictly restricted to Indian flag-bearing vessels, as this "contributes significantly to India's economic growth".

Africa's maritime economy has been estimated at around $1 trillion a year, accounting for over 90% of the region's entire commerce, and 38 out of Africa's 54 countries have coastlines.

But since Independence, African countries have mostly foregone economic advantages by allowing foreign vessels unfettered access to the continent's coastal waters. Although a few individual African countries such as Nigeria have cabotage laws, these are difficult to implement due to inadequate infrastructure, a lack of skilled manpower, and high operating costs.

A sea change in African law

The potential advantages of a unified African cabotage law, championed by the AU, are numerous. Africa could see considerable native capital enter the ship-building and maritime sector, creating employment for maritime practitioners.

African countries could see greater cooperation through the pooling of human and material resources to implement the laws and protect against piracy, bunkering, illegal fishing and other problems. The often undocumented human rights abuses encountered by African nationals working on foreign vessels could also be reduced.

But beyond the euphoria of the AU's declaration of independence for African coastal waters, there are sobering points that must be immediately addressed for an African cabotage regime to be successful.

Issues of operating costs, adequate infrastructure and capacity come to the fore; of the world's cargo-carrying fleet of 55,138 as of 2011, for example, African countries combined own less than 5%. Any implementation strategies must be critically considered and strong enforcement mechanisms instituted well before take-off.

The AU should study others' cabotage laws, but be wary of imitating them. Africa has been in the habit of copying other nations to its detriment. The temptation could be to copy the Indian model, for instance, where foreign shipping companies can buy 100% into Indian subsidiaries, and be allowed to fly Indian flags to operate in the country's coastal waters. There are several disadvantages and loopholes in this approach, and it could prove practically unmanageable in Africa.

Essentially, the upcoming African cabotage law is a significant leap towards realising Africa's economic independence. The law, when it comes into force, should prove to be a major unifying factor in the continent's drive towards a more united economic and geopolitical bloc.

Viewed as the next economic frontier for the world to conquer, Africa can no longer afford to accept the colonial divisions that have chiefly served to empower other continents to Africa's detriment.

Chika Ezeanya blogs at www.chikaforafrica.com. Her book Before We Set Sail was shortlisted for the Penguin Publishers Award for African Writing. 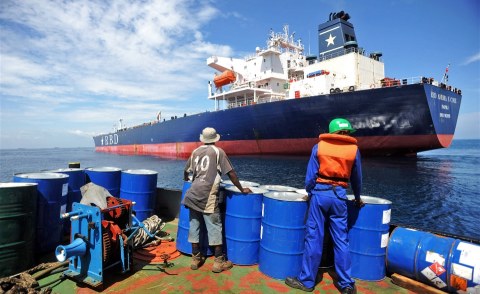 Change in Coastal Laws Needed
Tagged:
Copyright © 2013 ThinkAfricaPress. All rights reserved. Distributed by AllAfrica Global Media (allAfrica.com). To contact the copyright holder directly for corrections — or for permission to republish or make other authorized use of this material, click here.