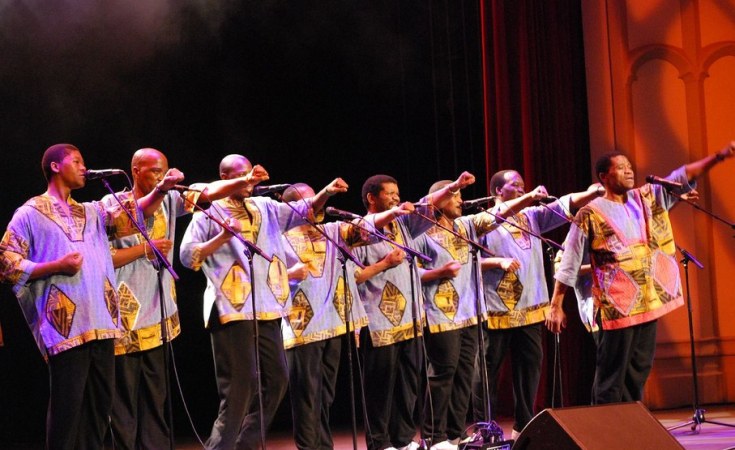 Cape Town — Traditional acapella group Ladysmith Black Mambazo have won the Grammy Award for Best World Album for Live: Singing for Peace around the World - sharing the award with the flamenco fusion artists the Gipsy Kings, who were nominated for a sixth time and won for the first time.

Before heading for Los Angeles for the 56th Grammys, the EThekwini Municipality hosted an official send-off for the indigenous group Ladysmith Black Mambazo at Durban City Hall.

"Ladysmith Black Mambazo are now South Africa's ambassadors because wherever they go they carry the country's flag and spread the word about how beautiful our country is and this can have a good impact on our recently launched visitors strategy to lure more tourist to the City," said Durban Mayor James Nxumalo.

Nxumalo thanked the group for managing to inspire many people around the world to enjoy and appreciate South Africa's rich cultural music and mentioned that this type of music would have not been in this level without Ladysmith Black Mambazo.

Founder of the group, Joseph Shabalala thanked the Mayor of eThekwini for the recognition and said: "Our music is a symbol of South African history therefore it is very heartening to learn that even high profile people don't forget their roots but still recognises and enjoy our music."

He said they are now selecting the talented youth and training them so that they will carry on with the legacy of Ladysmith Black Mambazo.

While in the United States, Ladysmith Black Mambazo will tour New Orleans, New York and Washington and other cities for three months.