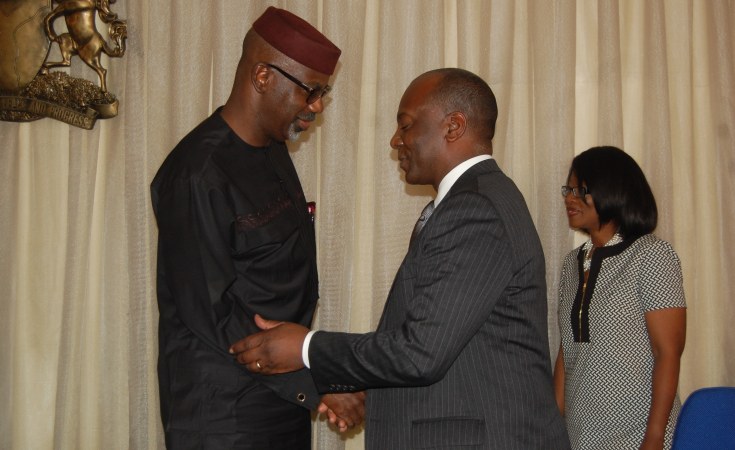 Global infrastructure giant, General Electric has signed a memorandum of understanding with the government of Cross River State to upgrade and equip the mechanical/electrical workshops of the Government Technical College, Ikot-Effanga, Calabar Cross River State. The project will cost GE over $2 million. The signing ceremony was witnessed by the Cross River State Governor, Senator Liyel Imoke and members of his cabinet.

Governor Liyel Imoke thanked GE for its commitment to investment in Nigeria particularly Cross River state. He said GE's holistic approach to supporting the Government Technical College was a strategic way of ensuring that graduating students of the school are employable. He called on youths in the state to take advantage of GE's investments in the state especially GE's $1billion dollar investment in a manufacturing and assembly facility

"Today, we execute the Memorandum of Understanding between the state Government and GE for the establishment of the mechanical/electrical workshops in Government Technical College, Ikot-Effanga Mkpa here in Calabar at an estimated cost of about $2m. This is part of the GE Corporate Social Responsibility (CSR) strategy for building strong partnership with the state. We appreciate GE's wiliness to continually invest in Cross River state and build capacity in our people", the governor said. 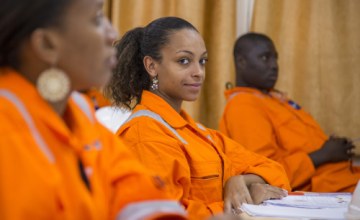 While there is no shortage of natural oil and gas on the continent. There is, however, a shortage of skills and experience in the sector. To address the shortage, multinational companies like GE are working hard to empower local people by building valuable skills, and helping to ensure the sustainable development in countries like Tanzania. More about GE in Africa in this BRIEFING.

Global and Supply Chain Leader for GE Africa, Mr Phil Griffith stated that his GE was excited about its operations in Africa and the prospects and opportunities that the continent offers. He said this was the first major step the in efforts to develop a pipeline of talents that could take up employment with the planned manufacturing facility. Mr Griffith said "The partnership is part of efforts to deepen our presence in Nigeria through a unique localisation strategy. GE will Revamp the present infrastructure of the
technical college to international standards, review and upgrade the school curriculum and train the school's lecturers."

Senior Executive, Human Resources – GE Africa, Tamla Oates-Forney disclosed "As a company, we believe that our people are our most in important assets and to that end, we make huge investments in training and human capital development just as a normal way of doing business globally. In Africa, it should not be any different. This is just another step of many that we are making in developing talent, not just for GE, but for the continent as a whole. " Tamla also said that GE's plan for the Government Technical College was to produce technicians that are not just employable in Calabar or in Nigeria, but are employable in any part of the world.

GE (NYSE: GE) works on things that matter, using the best people and the best technologies taking on the toughest challenges, finding solutions in energy, health and home, transport and finance, building, powering, moving and curing the world. Not just imagining. Doing. GE works. For more information, visit the company's website at www.ge.com.

Tagged:
Copyright © 2014 GE Africa. All rights reserved. Distributed by AllAfrica Global Media (allAfrica.com). To contact the copyright holder directly for corrections — or for permission to republish or make other authorized use of this material, click here.