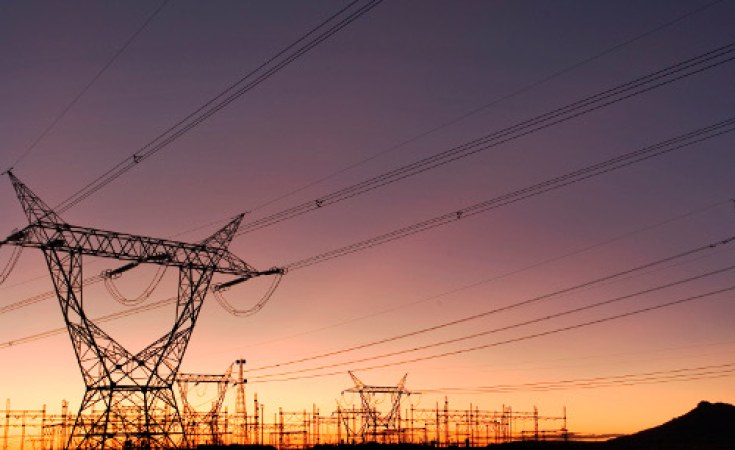 Addis Ababa — There is no debate that lack of access to energy is one of the greatest challenges facing Africa.  Electricity is a prerequisite for large scale manufacturing and job creation.  Countries like Uganda, Malawi, Sierra Leone provide less than eight percent of their populations with electricity, and demand across the continent is growing by double digits every year.

Without addressing the power deficiency, widespread poverty alleviation will remain beyond reach for most African countries.  It is in the face of this overwhelming need that the Power Africa initiative was launched by President Barack Obama a year ago this month.  At last week's U.S.-Africa Energy Ministerial in Addis Ababa, Power Africa's performance over its first year was in the spotlight.

According to Power Africa materials, $14 billion has been mobilized from private sector partners. A 'Beyond the Grid' initiative announced by Energy Secretary Ernest Moniz at the Ministerial pledged another $1 billion from 27 renewable company and finance partners.  However, Power Africa has yet to meaningfully transform these promising pledges into projects and successful transactions.  The large-scale successes claimed by the program to date - the wind project in Kenya, the Nigerian Power Privatization and the Ethiopian Corbetti project - all were well in the works before Power Africa was conceived.

Should the Nigerian privatization process succeed in transforming the country's power market, the credit will surely be due to the Nigerians.  The process started five years ago and the technical assistance that U.S.AID is providing, while helpful, has certainly not been vital.

U.S. Government representatives were candid about the challenges they have encountered in their efforts to increase power generation by 10,000 MW in the six target countries.  Fred Hochberg, chairman and president of the Export-Import Bank, noted that "deal flow under Power Africa has been non-existent" for Ex-Im.  USAID Power Africa Coordinator Andrew Herscowitz encouraged his team to look critically at whether the initiative has had real impact on projects such as the 1,000 MW Corbetti geothermal project in Ethiopia.

Power Africa's contribution to these existing transactions to date is surely questionable.  That said, there remains great opportunity for the program to double down and deliver results.  In order to do so, I recommend that Power Africa advance its work in three main areas:

Push the Project Focus:  While much of the important work that Power Africa is doing is on the bilateral technical assistance side, companies need detailed project information in order to seriously consider investing.  I was hoping that the Ministerial would feature presentations on projects open to U.S. companies.  Instead, conversations mainly focused on policy, governance and macro level country developments.

Help Raise a Fund for 'Pre-Developers':  Elizabeth Littlefield, president of the Overseas Private Investment Corporation (OPIC), explained that "lack of developers is the number one thing holding back power projects on the continent."  The African context requires additional work before large, traditional developers can be engaged.

Projects that are getting done are being developed by small, nimble companies such as Kupanda Capital and several Diaspora firms.  These groups are acting on the visible need for power in particular countries, liaising with government officials, building the initial corporate and financial interest, and working toward the power purchase agreement (PPA) phase.  Once there is a PPA, more traditional developers can come in and access the $14 billion that has been pledged by Power Africa's private sector and financial partners. Unfortunately, many of these 'pre-developers' are not well financed and are unable to sustain themselves during the long project development process.

Create an Advisory Board with Business Prowess: The drivers of Power Africa in the administration have spent the last year coordinating the dozen relevant agencies and building strong working relationships with African governments. They are now putting together an advisory board which must include business people committed to advancing U.S. company projects on the continent so that the policy/technical assistance aspect of the Power Africa program is balanced by commercial gains.  The consultants and regional transaction advisors hired by Power Africa and its board should be people with track records of successfully putting together projects and closing transactions, not just the regular USAID contractor set.

It is certainly too soon to call Power Africa a failure.  While lacking new resources, the initiative has certainly raised the profile of investments and partnerships in the energy sector in Africa.  This high level attention is starting to encourage companies to look at African power opportunities for the first time.

The fact that there were over 30 new companies participating in the Ministerial was a small, but positive step.  The companies that have been generating electricity in Africa far before Power Africa - GE, Symbion, AES (in some variation), Black & Veatch, and APR - bring hard earned experience to the table.

Power Africa will be on center stage at the President Obama's August Summit with African Heads of State in Washington.  In the run-up, the administration will search for success stories and new projects to announce.  All those with business interests in the power sector in Africa should see this as a major opportunity to partner with the program to advance specific projects.

It is time for the best minds to come together and help Power Africa succeed.   We don't want Power Africa to quietly disappear like the administration's Global Health Initiative did in 2012. The need for electricity on the continent is too great and the potential for the U.S. companies to have meaningful impact is enormous.

'ABCs' of Participating in the Power Africa Initiative