Africa: New Development Financing Models for Africa - A Look Back at ADF9 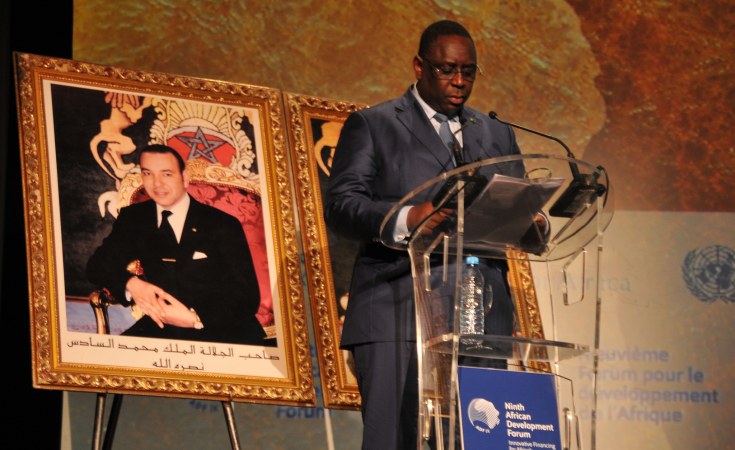 In his opening remarks, President Macky Sall of Senegal said, 'Traditional solutions in funding development is no longer relevant to the scope and need of the continent. The aspiration of African people is not only to fight poverty, it is to drive sustainable growth that will create employment and prosperity...What is possible in all other continents is possible in Africa."
allAfrica.com
By Bunmi Oloruntoba

Abuja — If Africa's growth and dynamism is to be sustained, the continent's ability to finance future infrastructure development cannot be left to vagaries of foreign aid allocations but must rely on increased investment. That was a central theme of the ninth edition of the African Development Forum (ADF9) in Marrakesh, Morocco, October 12 - 16.

Also in attendance were policy makers, finance ministers, business leaders, experts and thought leaders from the continent and across the world gathered to discuss the theme for this year's forum - innovative financing, or alternative mechanisms, for financing transformative development in Africa.

With Africa enjoying an average growth rate of about 4% in 2013, compared with 3% for the global economy, as well as high rates of return for investors, the continent is attracting global attention.

Most donor countries are shrinking their aid budgets, and shifting trends in aid allocations by donor countries add to the an unpredictable development outlook. According to the Organisation for Economic Co‑operation and Development (OECD), foreign assistance totaling $26.2 billion in 2013 represents a decrease of four per cent in real terms from 2012.

The "Shale Revolution"- the use of newer technologies like horizontal drilling and hydraulic fracturing (or fracking) to extract oil from shale deposits in the United States' oil sector - has also introduced new challenges for African economies. Some African oil producers are already experiencing shortfalls in revenue needed to finance future development projects.

U.S. Department of Energy reports show that in July, Nigeria -- Africa's largest oil producer -- for the first time since 1973 did not sell a single barrel of its Bonny Light crude oil to US-based refiners. Nigeria thus becomes the first oil producing giant to see its oil exports to the United States come to a screeching halt.

Since Nigeria depends on oil revenues for 75% of its earnings, the situation prompted Nigeria's finance minister, Ngozi Okonjo–Iweala, to remark in Abuja on October 21, that the country isn't going broke!

Against this backdrop of tighter foreign aid disbursements, unreliable Official Development Assistance (ODA) targets, and cratering oil exports, the ADF9 Marrakesh forum focusing on innovative mechanisms for development financing in Africa opened with a lot of saliency. While many in the development community define innovative financing as non-traditional sources of development finance, the concept in and of itself represents an important shift in how we think about development. "This shift," UNDP's Gail Hurley writes, "is founded on a reduced role for ODA and a much larger role for the private sector" when it comes to development.

The private sector as a development partner and financing mechanism was the highlight of one of the opening speeches delivered on the first day of the forum by the Senegalese president, Macky Sall.

President Sall referred to Senegal's use of build-operate-transfer initiatives to build critical economic infrastructure. Under this public-private financing mechanism, infrastructure and construction projects are set in motion by the government, allowing a private sector company or consortium of companies to build the asset, run it for a limited time period and generate revenues to make back the cost of construction, before transferring it back to the government. Senegal plans to use this financing mechanism to shore up much needed infrastructure.

The president also referred to the use of a tax levied on airline passengers. This sort of tax levied on a globalized activity at the national level but within a framework of international coordination was used to finance the construction of Diamniadio International Airport, which will be operational in 2015, the president said.

Taxes for infrastructural development projects set the tone for a later panel discussion about Africa's limited domestic resource mobilisation through tax collection. While African government tax revenue reached a record of US$ 513 billion in 2012, tax collection as a proportion of GDP is, on average, just 27% across Africa. Heritage Foundation's 2012 Index of Economic Freedom shows many African countries with tax revenue as a percentage of GDP ratio at well below 10%.

For example, Zimbabwe, which has no oil revenues, obtains 93% of earnings from taxes and has one of the highest tax revenue to GDP ratios in the world at 46.3%. An oil producer like Nigeria on the other hand comes in at 0.61%.

Nigeria is like a lot of African countries that rely "on natural resource rents, combined with largely informal economies," creating "a situation where direct taxation on incomes and companies is very limited," explained ADF9 panelist Machiko Nissanke, professor of economics at the School of Oriental and African Studies in London. "African governments have to be seen to be accountable to domestic stakeholders," he said. "There is the need to re-establish the social contract between taxation and the provision of public service."

In an European Center for Development Policy Management (ECDPM) briefing note circulated online during the ADF9 forum, researchers Sahra El Fassi and Faten Aggad suggested that "incentives need to be created, in particular for resource-rich countries, to pursue more politically demanding forms of taxation." "Efficient tax administration systems combined with public trust in the Government(s) that would spend these taxes on basic needs would allow African countries to raise domestic resources from taxes more efficiently and sustainably," they added.

In recent years African countries traditionally have been able to raise funds from public equity markets - i.e bond and debt markets. Kenya, for example, raised a record-breaking $2 billion eurobond this year, demonstrating international investors are now very interested in African assets. Private equity on the other hand offers an alternative to African companies with growth prospects, who are in need of funding.

According to a Private Equity Issue Paper prepared by UNECA, such companies can approach "private equity players who will, after analysing the risk-return potential, provide a combination of debt (sourced from a bank) and equity (which they raise from institutional investors) to that company." Private equity investment horizon is "anywhere between 5 and 10 years" and "at the end of that period, the private equity fund managers make their money by trading in their equity shares, which is known as 'exiting'".

The issue paper highlights Ethos (a South African fund manager) which raised $900 million in 2012 as well as African Private Equity and Venture Capital Association (AVCA), who both raised $1.14 billion from institutional investors in 2012 for Africa-focused private equity funds.

"Climate change is one problem to which [Africans] contribute the least, yet we are at the receiving end of all its calamities," Abdalla Hamdok, the deputy executive secretary of the UNECA, said during the forum. To illustrate Hamdok's point, one of the calamities of climate change in Africa that gets very little ink is the adverse effects of desertification on the security and stability of African nations.

Take the example of Nigeria. Professor Muhammad Kabir Isa, the Head of Department at the Department of Local Government and Development Studies at the Ahmadu Bello University (ABU), Zaria, explained to the Testimonial Archive Project (TAP) that "desertification and the shrinking of Lake Chad" played an important role in the origins and evolution of the much-feared Islamist militant organization Jamā'at ahl as-sunnah li-d-da'wa wa-l-jihād, better known as Boko Haram.

In Africa, a lot of social disruption and economic damage are the indirect consequences of climate change. Domestic and international sources of financing will be needed to help those countries adapt to new ways of coping with the change. It is estimated that adaptation costs in Africa will be in the region of $20-$30 billion over the next 10 to 20 years.

UNECA's ADF9 Climate Change Issue Paper recommends that African countries, like their Caribbean counterparts, might want to issue a "cat" bond as a means of financing adaptation and mitigation actions to shield their economic growth from climate change disasters. The bond will be similar to the first catastrophe ("cat") bond issued by the World Bank Group's International Bank for Reconstruction and Development (IBRD), which will benefit the 16 member States of the Caribbean Catastrophe Risk Insurance Facility (CCRIF). Other examples include "Green Bonds" issued by the World Bank Group's International Finance Corporation (IFC). The IFC is said to have issued Green Bonds in support of diversifying some of South Africa's electricity away from coal-fired power to solar power.

What is now needed, Sahra El Fassi and Faten Aggad argue, is "to take a step back and refocus the discussion... around the questions of incentives, political buy-in and ownership to be able to turn 'potential' sources into 'accessible sources'" 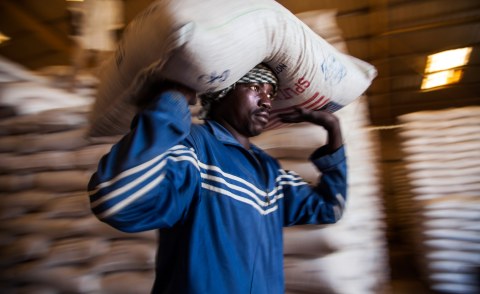 Migrants Can Help Finance Development in Their Home Countries 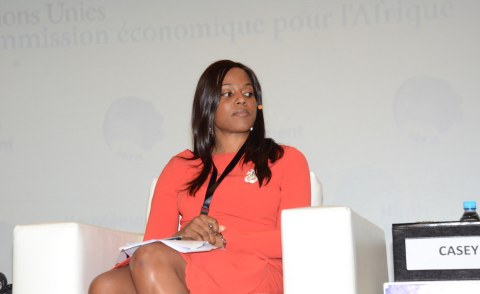 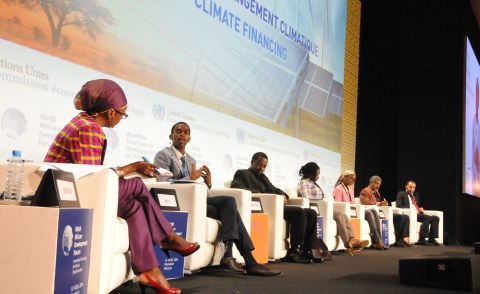 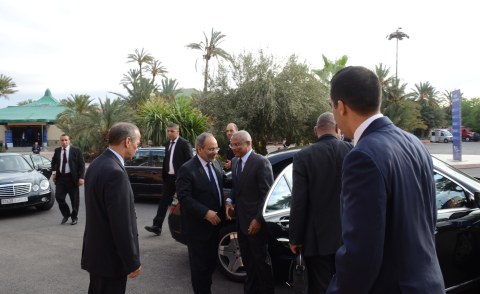 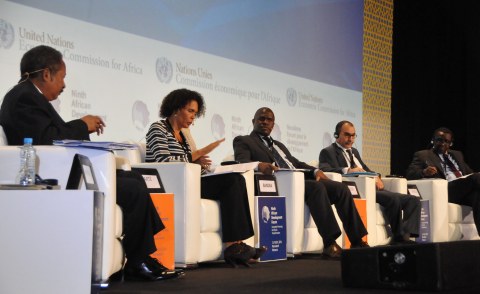 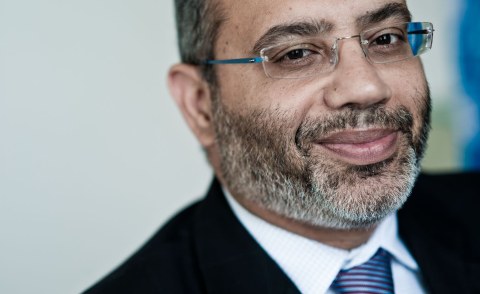 Innovative Investment - Lessons from 1331 #ADF9
Tagged:
Copyright © 2014 allAfrica.com. All rights reserved. Distributed by AllAfrica Global Media (allAfrica.com). To contact the copyright holder directly for corrections — or for permission to republish or make other authorized use of this material, click here.