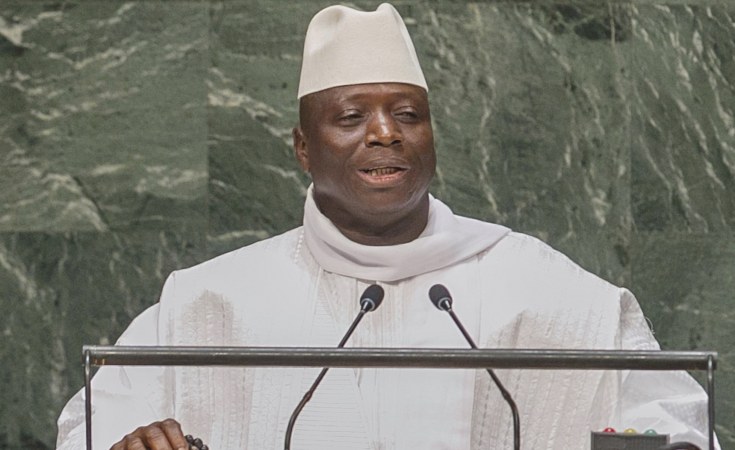 The Gambian presidential palace in Banjul was attacked by armed men very early this morning, according to freedomnewpaper.com. The same source added that some soldiers loyal to President Yahya Jammeh have defected. There is reportedly complete chaos in the city.

The gun fight started at around 1am local time and lasted until the early hours of the morning, reports Jollof News.

"Thank God our gallant soldiers were able to neutralise them," a senior government official who requested anonymity has been reported as saying.

The alleged leader of the coup, former State House Commander, Lieutenant Colonel Lamin Sanneh was killed in the clashes, according to reports. Sanneh was appointed commanding officer of the State Guards in July 2012. He was removed from the post a year later and later fled the country after falling out with Jammeh.

Armed soldiers are reported to be patrolling the streets of Banjul and Kanilai.

Jammeh is currently in France.

Gambia Congratulates U.S. for Removing It From Agoa-Eligible Countries