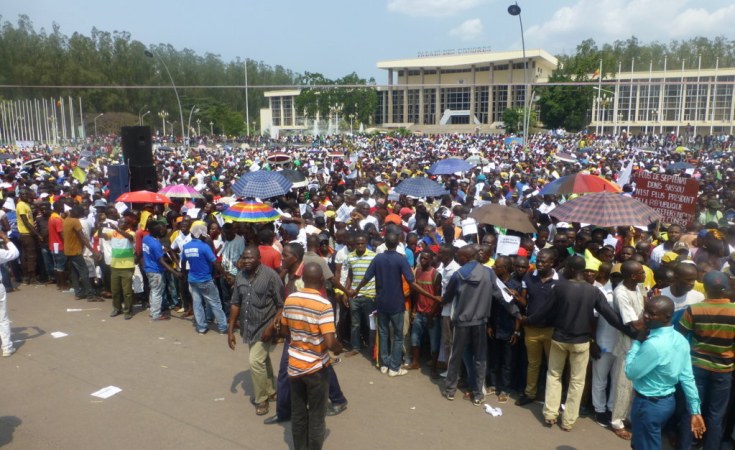 As world leaders gather this week for the United Nations General Assembly, a crisis gaining little international attention may offer a big lesson on foreign policy.

Standing before dozens of African heads of state this summer, President Barack Obama reiterated his belief that constitutional term limits should be respected and that strong institutions matter to a country's stability and prosperity more than strong men.

“When a leader tries to change the rules in the middle of the game just to stay in office," he said, "it risks instability and strife, as we've seen in Burundi.”

Sadly this core policy - that term limits and regular, democratic transfers of power are key to stability - has been proven correct again by the increasingly fragile conditions in Burundi today.

Following a deeply-flawed electoral process, President Pierre Nkurunziza was inaugurated for a third term on August 20. This violated the strict two-term limit that was part of the Arusha Agreement of 2000, which brought an end to Burundi's devastating 12-year civil war, inspired the Burundian constitution, and has served as the foundation for stability for the past 15 years.

Since the electoral process began, Burundi has been shaken by mounting instability, targeted assassinations and deterioration in the protection of fundamental freedoms.

Nearly 200,000 Burundians have fled the country since April this year, and more than 1,000 more join their ranks each week. One humanitarian worker told me during a recent trip to the region that the refugees know they will face harassment, rape or murder from youth militias as they flee, so they are waiting longer to leave, and are showing up weaker, more malnourished and often traumatized.

While the crisis in Burundi is about more than term limits, President Nkurunziza's decision to lay claim to the presidency served as a trigger, opening old wounds from its civil war and creating dire economic conditions. I heard from many Burundians - refugees as well as those who have stayed - that they fear their country is imploding again. Many of the refugees I met insisted that they will not go back - having been let down too many times by their self-serving leadership.

Burundi's economy is in free fall - erasing a hard-won decade of economic progress. There is increased reporting of harassment and intimidation by the ruling party's youth wing, including efforts to prevent Burundians from leaving the country. In flight, women and girls have been targets of rape and violence. And the government has yet to allow independent media outlets to reopen or to hold accountable those responsible for human rights violations in recent months, including extrajudicial killings and torture.

Some critics have suggested the focus on term limits in Burundi and other countries puts principles ahead of pragmatism and risks instability in pursuit of the vague cause of democracy. While factors other than term limits have contributed to instability - including a coup attempt and targeted assassinations - the primary cause has been deliberate and often repressive efforts to consolidate and extend power. Term limits are one issue where a pragmatic commitment to stability and a principled commitment to the rule of law clearly align.

The United States stands ready to support African-led efforts to restore stability and democracy to Burundi, but the country's experience serves as a cautionary tale.

While we push aggressively for a comprehensive political dialogue amongst all Burundian stakeholders to resolve this crisis, we are keenly aware that several other leaders in the region are facing a similar electoral crossroads as they approach the end of their constitutionally-mandated term limits. Leaders in several countries have a chance to leave a lasting legacy of peaceful transitions of power and help the region turn the corner on decades of instability.

U.S. policy on the need for regular, democratic transitions in power based on a country's established term limits is not a personal attack on individual leaders - many of whom have led historic progress within their nations - but is rather aimed at supporting and strengthening institutions that will help a country prosper and deliver development and peace to its people for generations to come.

These universal principles will be as relevant in the Republic of Congo, the Democratic Republic of the Congo and Rwanda as they have been in Burundi and in our own country.

Tom Perriello is U.S. Special Envoy for the Great Lakes Region of Africa.