Africa: U.S. to Africa's Leaders - 'Embrace Life After the Presidency!' 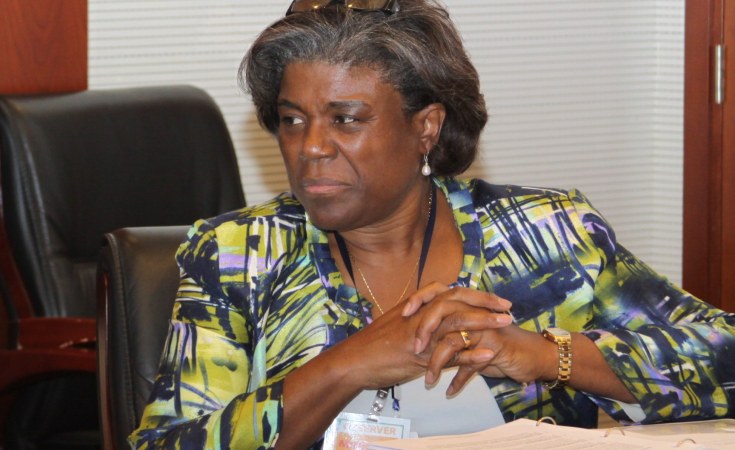 This is a crucial year for democracy in Africa. Six countries have already held presidential elections in 2016, and 11 more are preparing for elections.

African leaders have the opportunity to advance democracy and cement their legacies by establishing the conditions for peaceful transitions of power. Their actions will determine democracy's trajectory across the continent and around the world.

Already, some leaders have set the right tone through free, fair, and timely elections. Others, however, are not listening to the will of their people or the requirements of their constitutions.

In March last year, Nigerians, against all odds, went to the polls and in an unexpectedly free, and credible election voted in an opposition candidate for the first time in their history.

In December, I was honored to represent the United States at the inauguration of President Roch Marc Kabore in Burkina Faso. The election process - widely judged to be free and fair - was a tremendous success and reflected the desire of the Burkinabe people for change. Former President Compaore had been in power for 27 years until a 2014 peaceful uprising when the people said, "No more!"

Last month, the people of the Central African Republic, a country emerging from a devastating civil war, embraced democratic change and voted in a peaceful presidential election. The interim president paved the way for the transition, the losing candidate respected the results, and the winning candidate pledged to unify the country.

In several countries, however, we've seen leaders self-servingly attempt to disregard or amend their constitutions in order to stay in power. It is precisely this resistance to change and reluctance to play by the rules that leads to resentment and instability.

Take Burundi, for example. President Pierre Nkurunziza ignored the objections of many Burundians, including many in his own party, and decided last year to run for a third term, in violation of the Arusha peace and reconciliation agreement that had been the foundation for stability for over a decade. Since then, the country has been racked by violence, which has led to hundreds of deaths and displaced more than a quarter of a million people, and its economy has crumbled due to the resulting instability.

I must make it clear that the United States respects the right of a country's citizens to amend their constitutions through legal means. But we do not support those in power changing constitutions or ignoring peace agreements purely as a means of extending their own tenure: this undermines the institutions of democracy and the democratic process.

As President Barack Obama said in his historic address to the African Union last year, "sometimes you'll hear leaders say, well, I'm the only person who can hold this nation together. If that's true, then that leader has failed to truly build their nation." Successful leaders work to foster the development of a strong civil society and institutions that can support the peaceful transitions of power; that is the way to long-term stability.

Let me also be clear about where we stand: we promote peaceful and regular leadership transitions globally, not just in Africa. In fact, we have grappled with leadership transitions right here in the United States. Our first president, George Washington, started an informal tradition of presidential term limits by refusing to run for a third term. The only American president to serve more than two full terms in office was Franklin D. Roosevelt before and during World War II. That length of service, however, prompted debate about the wisdom of presidents remaining in power beyond two terms, and we amended our Constitution in 1951 to limit presidents to two terms.

Similarly, the election of Thomas Jefferson, our third president, marked the first transfer of power to the opposition - and that was a bitterly contested election. Yet, at the end of the day, the party in power accepted the results and President Jefferson peacefully took over to become one of our most successful and productive presidents.

Throughout our history, regular leadership transitions have brought in new ideas, new voices, and new policies that have helped us create a stronger, more inclusive democracy. My experiences in Africa convince me that Africans feel the same way about democracy. At its core, democracy is about the will of the people, and the people believe in transitions. Just last year, Afrobarometer reported that an overwhelming 75 percent of African citizens surveyed favored executive term limits.

We hope that more African leaders will embrace life after the presidency. I recently visited the Carter Center in Atlanta in the U.S., where I marveled at what former President Jimmy Carter has accomplished in the 35 years since he left office, working tirelessly around the world to advance human rights, promote democracy, build peace, eradicate disease and reduce conflict.

Some former African presidents have set excellent examples. Former President Festus Mogae of Botswana stepped down in 2008 following two terms in office and received the Mo Ibrahim Prize for Achievement in African Leadership. He launched and chairs the Champions for an AIDS-Free Generation, a group of former presidents and influential African leaders who are working to end the AIDS epidemic, and is leading efforts to end the violence in South Sudan.

The United States will continue to promote peaceful, democratic transitions of power in Africa. We will do this because we believe they provide opportunities for Africans to enjoy democracy, peace and prosperity, and bring stability across the continent. Transitions in power have served the United States well, and they will do the same for Africa.

Linda Thomas-Greenfield, as the U.S. Assistant Secretary of State for Africa, is the Obama administration's top diplomat on African affairs.

Tagged:
Copyright © 2016 allAfrica.com. All rights reserved. Distributed by AllAfrica Global Media (allAfrica.com). To contact the copyright holder directly for corrections — or for permission to republish or make other authorized use of this material, click here.