A Postscript to the 2016 Annual Meetings: Building on the Momentum, and Looking Ahead with the High 5s 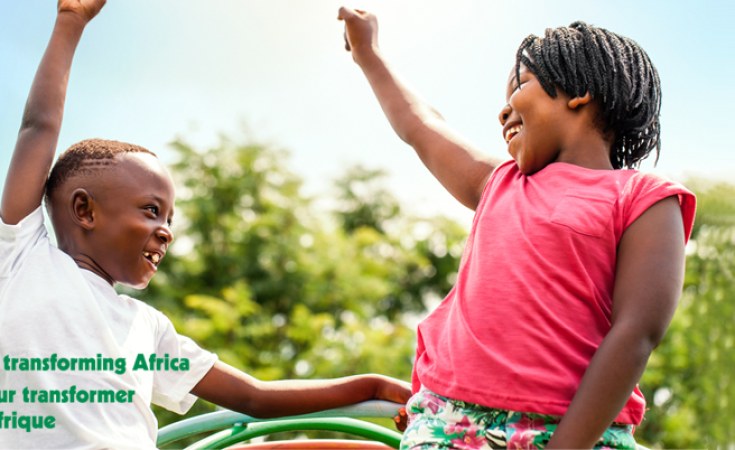 AfDB
But even as the curtain fell on the African Development Bank's 2016 Annual General Meetings in Lusaka on Friday, May 27, the energy and forward momentum was clear. In his closing speech, Bank President Akinwumi Adesina said: "... Everyone in this room is impatient for change, and everyone in this room is an agent of change. And the agents of change have an agenda for change, and that agenda is called the High 5s. You have heard them often enough this week, and let me say them one more time. Light up and power Africa. Feed Africa. Industrialise Africa. Integrate Africa. Improve the quality of life of the people of Africa. And all this, by 2025."
Content from our Premium Partner
African Development Bank (Abidjan)

"We are agents of change and we have an agenda for change, and that agenda is called the High 5s"

The Meetings brought together more than 4,000 participants, including Heads of State and Government and their delegations, Governors, Alternate Governors, members of the Boards of Directors, delegates, business leaders, and representatives of the private sector, civil society organizations, the media, observers, as well as Bank staff.

But even as the curtain fell on the Bank's 2016 Annual General Meetings in Lusaka on Friday, May 27, the energy and forward momentum was clear. In his closing speech, Bank President Akinwumi Adesina said:

"Ladies and gentlemen, it has been a wonderful week. I will treasure many memories - not least that of young Kelvin Doe on Tuesday: the embodiment of the hope, the passion, the talent, and the potential of this great continent.

"We share with Kelvin because his vision is ours, and it is his generation - not ours - which will inherit the Africa we want to see.

"Kelvin is impatient for change, and Kelvin is an agent of change.

"And the agents of change have an agenda for change, and that agenda is called the High 5s. You have heard them often enough this week, and let me say them one more time.

"Light up and power Africa.

"Improve the quality of life of the people of Africa.

Day 1 of the meetings saw the launch of the 2016 African Economic Outlook, a flagship publication produced each year by the Bank in partnership with the OECD Development Centre and the United Nations Development Programme.

It also saw Adesina and John Kufuor, former President of Ghana and co-chair of the Global Panel on Agriculture and Food Systems for Nutrition, outline their intention to create the African Leaders for Nutrition (ALN), which aims to champion and increase investment in nutrition across the continent. Kofi Annan, Chair of the Kofi Annan Foundation, and Bill Gates, Co-Chair of the Bill & Melinda Gates Foundation, applauded the initiative and joined the call for increased nutrition investments. 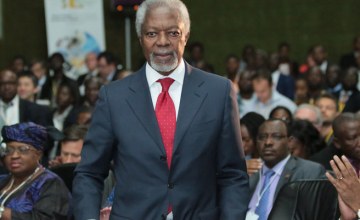 Influential world leaders and senior business executives have endorsed President Akinwumi Adesina's "New Deal on Energy", a vehicle through which the African Development Bank (AfDB) will invest in delivering electricity for all Africans, by 2025.

On Day 2, the Bank unveiled an ambitious seven-point plan to transform the agriculture sector and empower small-scale farmers and youths. In his presentation on "The Road to Agricultural Transformation in Africa", AfDB Director of the Agriculture and Agro-Industry Department, Chiji Ojukwu, said the goal was to ramp up productivity and investment in hard and soft infrastructure.

Also on Tuesday, at a session on "Jobs for African Youth", Adesina underscored the need to invest in skills development to facilitate job creation. The Bank has taken bold steps to turn Africa's phenomenal youth bulge into an economic dividend by developing a strategy that would create 25 million jobs for youth on the continent and equip an additional 50 million in the next decade.

A week earlier, the Bank's Board of Directors approved its Strategy for Jobs for Youth in Africa 2016-2025. The initiative encapsulates the institution's fifth High 5 priority which aims to improve the conditions of living of Africans.

On Day 3 of the Meetings, during the Financial Presentation, AfDB Vice-President for Finance, Charles Boamah, and Treasurer, Hassatou N'Sele, underscored the Bank's strong financial standing and Africa's resilience at a time when frontline global economies were struggling.

Also on Wednesday, in a session on "Africa's Energy: What's the New Deal?", influential world leaders and senior business executives endorsed President Adesina's "New Deal on Energy", a vehicle through which the AfDB will invest in delivering electricity for all Africans, by 2025.

On Thursday and Friday, the Bank and African Civil Society Organizations (CSOs) made a commitment to work together to achieve the High 5s. "The aim of this year's [CSO] Forum is to meet these ambitious development plans, by finding a new way to work and coordinate with civil society," said AfDB President Akinwumi Adesina. "This is also essential to step up implementation of the AfDB's High 5s."

Building on momentum of the 2016 Annual Meetings, the implementation of the Bank's High 5 agenda will be seen in the months to come. The progress made over the next year will be a key point of discussions at the Bank's next Annual Meetings, which take place from May 22-26, 2017, in Ahmedabad, India.

For more information on the Annual Meetings, visit www.afdb.org/am