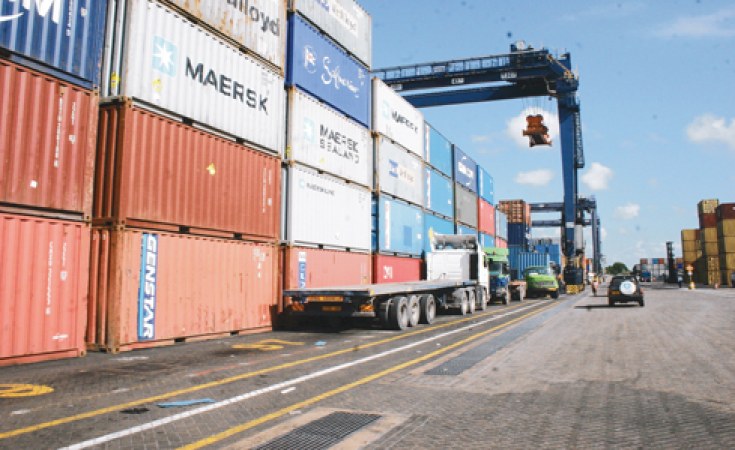 Geneva — African countries are boosting intra-regional trade and deepening economic integration at a time when politicians in the global North are raising doubts about the benefits of trade, says the head of the United Nations Conference on Trade and Development.

UNCTAD Secretary-General Mukhisa Kituyi told the World Trade Organization's annual public forum in Geneva: "Africa is widely noted for its low levels of intra-regional trade, but in fact the levels are much higher when North Africa is removed from the analysis."

Speaking at a session on inclusive trade at the recent forum, he said economic integration will be key to Africa's long-term success and African nations must integrate more.

"Africa has to know that there is no part of the world which has been successful in trading globally without learning first to trade with its neighbors," Dr. Kituyi said.

UNCTAD says that in East Africa, intra-regional trade is closer to 26 percent, the same level as in Latin America.

At the opening of the forum, Nigeria's Trade and Investment Minister, Okechukwu E. Enelamah, presented remarks for President Muhammadu Buhari which underlined the importance of an inclusive trade agenda.

"This is a key question, particularly at this moment, when leaders are grappling with the challenge and consequences of inequality which has emerged as a major risk to peace and security," Enelamah said.

"Nigeria believes that a meaningful approach to inclusive trade will combine action by multilateral institutions for updated and more flexible rules, on the one hand, with acceptance of responsibility for serious and sustained domestic policy reforms by member states, on the other hand."

The minister highlighted efforts the Nigerian government has made to create an enabling environment for business, including the recent ratification of the Trade Facilitation Agreement.

The TFA will significantly reduce trade costs for businesses in developing countries, particularly for SMEs (small and medium enterprises) and is also expected to help unblock logjams in intraregional trading.

Enelamah said Nigeria has also established itself as an African start-up center for high-tech firms and the WTO can be supportive on this point by developing an "unfettered" platform for the internet economy.

Meanwhile, preparations continue for the Continental Free Trade Area, bringing together more than one billion people in 54 African countries with a combined gross domestic product of more than $3.4 trillion.

Kituyi said the CFTA was unlikely to be launched in 2017 as originally planned, but the target had helped to move the project forward.

"I had the privilege to visit 16 African presidents to talk to them about the CFTA and I am satisfied that a large number of the political leadership believes in the future and the need for African integration."

Change is already happening. In the space of a year, the time required to move a container from Mombasa in Kenya to Kampala in Uganda has dropped from 48 days to four. "That is progress."

Africa's largest economic sector, its extractive industries, has not created enough jobs on the continent. More intra-African trade will lead to fairer, more equitable, growth, and the creation of more and better jobs.

Dr. Kituyi said there are limits to regional integration, however. He noted Switzerland has prospered without joining the European Union.

And although a single African currency is politically attractive, it cannot be effective without an effective mechanism to discipline public deficits.

Despite the reservations of some politicians, trade is a powerful driver of jobs, economic growth, and achievement of the UN's Sustainable Development Goals.

"Trade is not just about statistics on goods and services. It is also about people," Kituyi said. "And for me, trade integration is most exciting whenever it creates more jobs."

At the forum the WTO launched a new publication entitled "African Perspectives on Trade and the WTO."

The book - co-published by the WTO and Cambridge University Press - examines how enhanced participation in world trade could help Africa achieve further growth and emphasizes the need for the continent to undertake structural reforms to underpin its economic transformation.