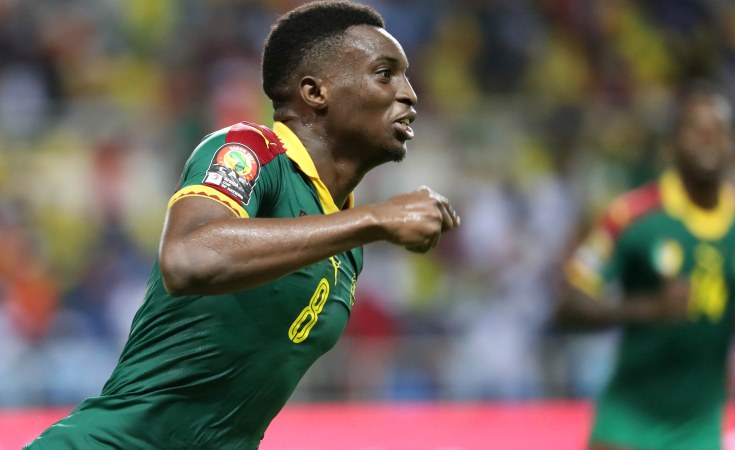 If Cameroon are to lift a first African Nations Cup title since 2002 they need to find a greater cutting edge in front of goal.

Wasteful finishing left coach Hugo Broos tearing his hair out following the 1-1 draw with Burkina Faso in their Group A opener at the 2017 tournament on Saturday.

The Belgian saw his side take the lead through Benjamin Moukandjo with an excellent free-kick after 20 minutes, but then wasted three big chances to extend their lead and eventually conceded a scrappy equaliser as Burkinabe defender Issoufou Dayo headed home.

"The facts are there," an annoyed Broos said. "We had three clear chances. If we had won we would be the leader [of the group] and the situation would be more comfortable than it is currently.

"When you see our game, we cannot say that the selections are bad. We dominated the opponent, we created chances. The only thing we need is someone who puts the ball into the net. And again, if you do not make the most of such occasions, it is difficult to win matches."

The Indomitable Lions have now only scored more than once in a match on one occasion in their last five games, a 2-0 victory over DR Congo in a friendly earlier this month. If they are to be serious contenders for the Nations Cup this year, need greater accuracy in the final third.

Burkina Faso coach Paulo Duarte was less than pleased with his side’s showing despite their battling draw and says he was left surprised by the way Cameroon set up for the game.

"Cameroon surprised us with their 4-3-3 [formation], while we expected a 4-4-2 line-up,” he said. “It was also too bad my strategy in the first half did not work. My attackers do not understand the strategy that I wanted.

“But we corrected at halftime. We are a team in the process of renovation. We can play better. I think it will be better in four days."

Coupled with the 1-1 draw in the opening game of the tournament between hosts Gabon and Guinea-Bissau, Group A remains on a knife-edge with no side having managed a clear advantage after the first round of matches.

Cameroon can take the pool by the scruff of the neck with victory in their next outing against Guinea-Bissau on Wednesday, where anything but a win could have serious consequences for their quarterfinal hopes.

Gabon take on Burkina Faso in what is shaping up to be a must-win for them with Cameroon to come in their final game.

Cameroon Fail to Net the Ball Enough
Tagged:
Copyright © 2017 allAfrica.com. All rights reserved. Distributed by AllAfrica Global Media (allAfrica.com). To contact the copyright holder directly for corrections — or for permission to republish or make other authorized use of this material, click here.