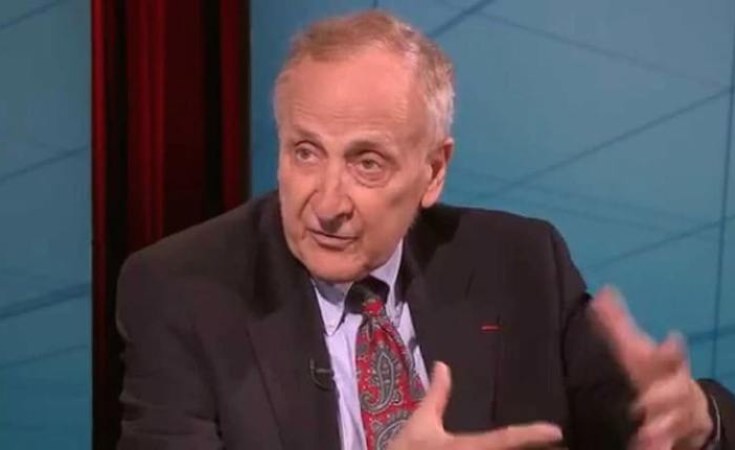 Ambassador Herman Cohen was Assistant Secretary of State for African Affairs under George Bush (Snr.) and is now the chairman and CEO Cohen & Woods International, a Washington based Africa focused group helping Western companies doing business in Africa. A founding member of the Corporate Council on Africa (CCA), Cohen who also runs a blog: CohenonAfrica.com - an analysis of politics and economic development on the continent, spoke with NDUKA NWOSU on the organisation and the achievements of its outgoing president Stephen Hayes, the prospects of the council under its new driver Florie Liser, the US-Nigeria relations in a future Trump administration and the expectations from the Buhari Administration moving the Nigerian economy forward. Excerpts:

Your nominee Stephen Hayes is retiring as Corporate Council for Africa (CCA) President after 17 years, what do you have to say about him and his tenure?

When Steve Hayes took over as CCA President in 1999, the organisation was facing severe difficulties, especially in the financial sector. He instituted reforms, recruited new personnel, and attracted many new American corporate members. As a result, under Steve's direction, CCA became the primary communications channel between US businesses and Africa.

Can we discuss the idea behind CCA at inception?

The original idea during the administration of President George H. W. Bush was that development could be achieved in Africa mainly through the investments and growth of the private sector. CCA was designed to bring US investors and import/export entrepreneurs to work with their counterparts in Africa to increase business activities in the continent.

What do you have to say of Florie Liser, who is about to succeed Mr. Hayes?

Florie Liser is an old friend of mine who has extensive experience in US-Africa business relations. She was Assistant US Trade Representative under both Republican and Democratic Administrations. She is chief administrator of the African Growth and Opportunity Act (AGOA). I do not know of anyone with more experience and expertise than she has. She is an outstanding selection to succeed Steve Hayes.

I would also want to wish Ambassador Bob Perry well in his future endeavours. Until December last year, Ambassador Perry was the Vice President of International Programmes at the CCA and a senior adviser to the president Mr. Hayes. I gather Mr. Perry is joining the Stevenson Group and I have no doubt he would be a good resource material given his rich background.

As January 20 approaches, what are your expectations of a Trump Presidency for Africa?

President-elect Trump has spoken of achieving "fairness" in international trade. He also wants American companies to increase their revenues, especially through exports. I have the feeling that he will ask African governments to accept reciprocity in trade relations. Right now, African countries can export their products to the USA duty free, while American exports to Africa pay customs duties. This is a one-way street relationship in bilateral trade relations. I can forecast that a future President Trump will ask for reciprocity. US exports to Africa should be duty free.

Do you think the appointment of Adebayo Ogunlesi as a member of his economic advisory team bodes positively for the continent and Nigeria?

I believe the appointment is positive because President Buhari wants to diversify Nigeria's income stream away from total dependence on oil, toward exports of agricultural commodities, solid minerals and manufactured goods.

How do you rate the Buhari administration's policy on agriculture?

It is interesting to note that President Buhari is stepping up President Jonathan's very important initiatives on agriculture. There is no doubt this will pay off in the future. Like I earlier stated in my previous interview with you, new agricultural initiatives like cassava and sugar production are products that will help alleviate the shortage of food and stop so much revenue wasted on food imports. Cassava will definitely add value to the economy. Cassava starch is important to many end users. Five percent of the cattle feed imported by the European Union consists of cassava starch and it provides a tremendous value of revenue monopolised by Thailand. African countries should be able to compete with Thailand. I see a good future for Nigerian cassava which is a normal product for Nigerians.

Do you see a rosy future for tropical Nigerian products in the international market?

In the 1950s to just after independence, Nigeria was a power house for tropical products exports-palm produce, groundnuts, cocoa, rubber and pine apples; it was the leading tropical export producer in the world but declined because of the degradation of infrastructure, maintenance, too much dependence on oil and less dependence on agriculture. The country was overtaken by Brazil and Malaysia. It can regain its position by investing on roads, irrigation, warehouses and other storage facilities, railways et al. Oil revenue can be divested into investments in those areas; then agriculture will come back as a power house. Nigeria can regain its position as a power house for tropical agriculture.

According to Hayes there are new challenges for the CCA moving on, what do you consider to be those challenges and the way out?

The big challenge, in my view, is maintaining interest in Africa within the American business community. Will they throw up their hands and say, China has taken over? Or will they say, we need to be aggressive in building new business relationships in Africa? The new CEO, Florie Lisier, will have to maintain a forward looking approach for US businesses in Africa.

Do you think the Trump policy of "America First" may mean less money spent to help Africa and more money devoted to rebuilding the US?

It is possible that President Trump will look toward reducing the foreign aid budget worldwide in order to find money to rebuild the US infrastructure which is badly in need of fixing. Nigeria does not receive US development aid because its income from oil is very high. So, any reduction in development aid would not be applicable to Nigeria, but it would be applicable to Nigeria's neighbors. I imagine that President Trump would want to maintain full support to Nigeria for the fight against Islamic terrorism.

Do you think that AGOA that gives countries in the continent an almost duty free trade agreement could come under review under President Trump?

It will definitely come under review because it gives benefits to African exporters but gives no benefits to US exporters.

Is it likely Trump's America First mantra will affect the Obama project on Power Africa?

I do not feel that "America First" will impact negatively on "Power Africa". This project encourages US power companies, such as Contour Global, to invest in power generation and earn profits from the sale of power. This means there will be money coming into the US from the export of power. "Power Africa" is a win-win project for the US and Africa. US companies make returns from their investments, and Africa gains badly needed power at economic prices.

Can a Trump Administration be disposed to supporting Nigeria in its war against terrorism, given the President-elect's campaign promise to wipe away ISIS an ally of Boko Haram?

The Obama Administration is providing substantial help to the Nigerian security forces who are fighting Boko Haram, in the form of training, close-up support near the front lines, and equipment. I would expect the Trump Administration to continue this assistance, or even increase it.

How is your recent book, The Mind of the African Strongman faring?

The book is selling well in both the English and French language editions. I hope that a Nigerian distributor will find a way to start sales in Nigerian book stores. Right now most of the orders are done through Amazon.

Given the book's position on corruption and how it is impeding economic growth and the attraction of new investments into the continent, how would you assess President Muhammad Buhari's fight against this malaise?

President Buhari's anti-corruption policy is like a breath of fresh air in view of the situation before he was elected. I gather that even the policeman on the street is reluctant to ask for a bribe when they stop motorists. I hope that President Buhari can keep the policy going.

You had spoken elaborately on the way forward transforming the Nigerian power sector, what improvements have you witnessed and what still needs to be done?

A lot of new generation equipment has been purchased and installed in Nigeria, but there appears to be a management problem in connecting the equipment with the transmission and distribution companies. Also, there are pricing problems. Too much natural gas is being flared out in the ocean at the oil wells. The price needs to be lowered so that the oil companies will have the incentive to transport the gas to the land for use in power plants.

Do you still think appropriate pricing of gas will help to attract new investors to the sector?

Definitely, this is the problem. It is ridiculous for Nigerians to be importing diesel generators at high prices, when low cost gas could lower the price of electricity by a power of ten.

Some people advocate the naira exchange rate should be determined by the forces of demand and supply with minimum or no peg at an official exchange rate. What is your take on this?

How much have you achieved bringing other American companies to Africa till date?

I have helped a number of American companies go to Africa including Nigeria but there is a reluctance investing in these countries, in entering the markets and exploiting the opportunities. The hazards are a disincentive to potential investors. Our current entry into Africa is a Texas based oil company called Hyperdynamics, which is exploring for well in offshore Guinea. It has done one well and is exploring for a second well.

A Message to the Gambia - 'Build that Bridge'

Next Story
Tagged:
Copyright © 2017 This Day. All rights reserved. Distributed by AllAfrica Global Media (allAfrica.com). To contact the copyright holder directly for corrections — or for permission to republish or make other authorized use of this material, click here.