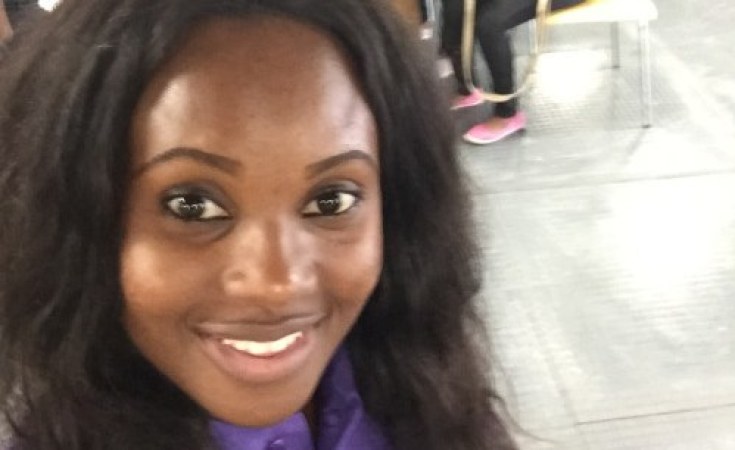 The GE Reports Africa blog is running a series known as “Women in Technology” which profiles GE SSA’s unsung female heroes, highlighting their contribution at GE.

From a very young age, Obianuju “Uju” Anene has always had the ambition of being an accomplished engineer, not afraid or shy to take on the challenges that came with it. “One of the reasons I chose engineering was that when we were young, my mom made a rule for us to only choose careers in the science fields. My mother had obtained a bachelor’s degree in business administration and from her personal experience, she felt that her counterparts who had studied the sciences had a greater advantage in terms of having more opportunities than she did. They were seemingly much more smarter and had an endless pool of opportunities open to  them.”

Uju believes that it is especially important for women to get involved in STEM roles because “when you train a woman, you train a generation”. “In my experience, I have witnessed women being excluded from getting some levels of education as some parts of Africa still condemn women being educated. In engineering school, we had about 96% boys and 4% girls. This, I believe, is because girls have been constantly told that they are weaker and should focus on the softer careers. This is obviously not correct because women are inherently strong, resilient, enduring and can handle many things men cannot even fathom. I think that sometimes, we are better than the guys because we don’t scare easily, we don’t give up. It’s only our mindset that holds us back. Women are believers who are always hoping for more and these are the kinds of people needed in STEM roles.”

Uju completed her bachelor’s degree in engineering, covering electronics, electrical and communications engineering at the Ahmadu Bello University, Zaria, Nigeria. She joined GE in 2015 as a graduate intern and also obtained an online management certificate at the IESE Business School, Spain during this time. “While studying at the university, I got involved in a lot of youth organisations and leadership groups.”

Through an international information programme at varsity, Uju learnt about different cultures and during one of those conferences, there was an onsite GE presence. “It was the first time I got to understand what GE was really all about.” She always knew the basic products that GE provided, but it was the first time that someone spoke about the business operations to her and this sparked an interest which prompted her to apply for the GE internship programme. This progressed further to the GE Operations Management Leadership programme  (OMLP), which is a two-year  programme consisting of three rotations that allow members to build leadership and functional skills through challenging rotational assignments and world-class training.

Currently based in Lagos, Uju is on her first OMLP rotation where she works as a customs analyst covering Sub-Saharan Africa. The countries she supports include Ghana, Nigeria, South Africa, Mozambique, Angola and Kenya. “Each time I am placed in a new role, in a new place with a new challenge.” Typical rotations include one or more as a manufacturing shop operations supervisor (leading a product manufacturing team), sourcing/materials leader (managing suppliers to improve product quality and negotiate prices), and technical/lean leader manufacturing or process engineering (improving efficiency of supply chain management through cost reductions and removing waste). Uju is set to complete the OMLP in November 2018.

Prior to applying and  qualifying for the OMLP in November last year, Uju worked for a year at GE as a sales and commercial engineering intern for the power and water division where she worked within the distributed power space. During this time, she handled an online campaign managed by the GE Centre of Excellence in the United States. During this  time, Uju oversaw all the leads emanating from Nigeria.

After six months, her internship had expired and she began her time  with the National Youth Service Corps (NYSC) which is an organisation set up  by the Nigerian government to involve the country’s graduates in the development of the country. This is a year-long programme where members are posted to cities far from their city of origin and are expected to mix with people of other tribes to learn the culture of the people in the places they are posted to. Uju was posted to Calabar.

“When I had completed my six-month internship, the GE team I had been  working with in Lagos wanted me to stay and they found a way to keep me as an  intern in Calabar while I simultaneously completed my national service.” Uju was then given an opportunity to be part of GE’s new Calabar plant, which involved setting up a manufacturing facility to bring different GE  businesses within the same environment. “There, I learned a lot through shadowing, project management, operational metrics and tracking, and I gained a lot of technical knowledge. I was always on site with my safety glasses and hardhat.”

The GE plant in Calabar, which is also known as “Project Emerald”, is the biggest GE project she has  worked on to date. “On a personal note, in 2016, I got the opportunity to pioneer a project that involved the building of libraries for two schools and these libraries would benefit 1,500 children. I had to source money, books and furniture  to complete the project. It was a lot of work and quite stressful, but it  paid off in the end when we finally opened the libraries in October last year.  To see the children enjoying the facilities was a real joy.”

“I encourage every woman  to pursue her passion and to not be discouraged, regardless of the challenge.” Uju regularly volunteers with an NGO known as Afro-Tech Girls, whose mission is to encourage, educate and empower African girls, who are at secondary and university levels, to pursue STEM careers. “We help them achieve whatever goals they set for themselves through mentorship, team work as well as creativity and innovation. You can never underestimate the value of empowering and educating a woman because, in turn, she will do the same for generations.”