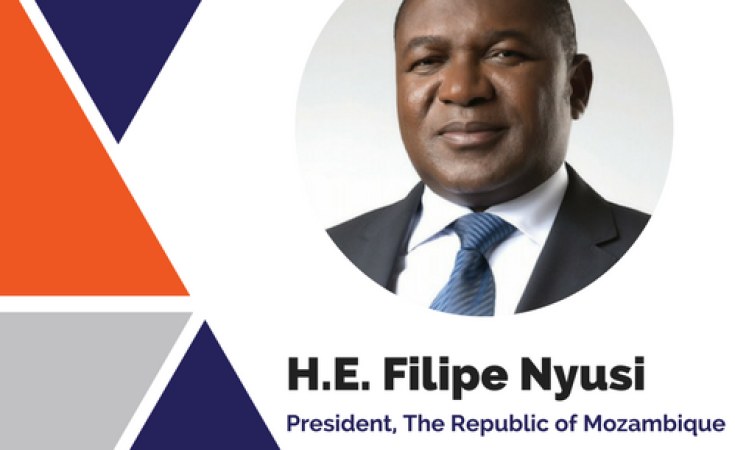 Washington, DC - May 8, 2017 — His Excellency Filipe Nyusi, President of the Republic of Mozambique, is confirmed to speak at the Corporate Council on Africa's (CCA) 11thBiennial U.S.-Africa Business Summit in Washington, DC on June 13-16, 2017.

President Nyusi is the first African head of state CCA has announced. Other African heads of state and senior government representatives will be attending the 2017 U.S.-Africa Business Summit and will be announced over the next few weeks leading up to the conference.

"We are honored to host His Excellency, President Filipe Nyusi at the Summit," said CCA President and CEO, Florizelle Liser. "Mozambique is one of the fastest growing economies on the continent and it is my hope that the Summit will be a catalyst for greater U.S.-Mozambique trade and investment."

For U.S. and other international investors, Mozambique presents several options for investment. The Summit will be a prime opportunity to access key ministers and decision-makers and hear first-hand about upcoming projects and incentives. Not only is Mozambique poised to become the fourth-largest exporter of liquefied natural gas globally and the second-largest in Africa, the southern African country is also diversifying its economy to include sectors such as agribusiness, tourism and infrastructure.

CCA and its member companies have played a key role in promoting a growing U.S.-Mozambique partnership. Most recently, CCA hosted a Mozambican delegation led by President Nyusi in September last year for a special forum on doing business in Mozambique. More than 200 delegates attended to learn about opportunities in key sectors including agro-processing, energy, infrastructure and tourism. CCA has also hosted several trade missions bringing U.S. delegations to Mozambique.

The theme of this year's conference is The U.S. Stake in Africa: A Call for Greater Economic Engagement. The Summit is expected to be one of the first opportunities for African governments and the U.S. and African private sectors to engage with the Trump Administration and key U.S. agency appointees on the future of U.S.-Africa trade and investment. Key U.S. agencies related to trade including the U.S. Department of Commerce, the United States Export-Import Bank (EXIM), the Overseas Private Investment Corporation (OPIC), the United States Trade Representative's Office (USTR) and the Millennium Challenge Corporation (MCC) are confirmed to attend. 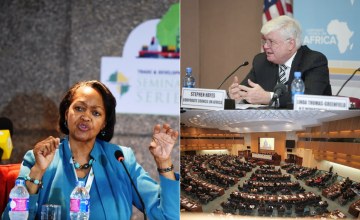 The Washington, DC-based Corporate Council on Africa has named Florizelle Liser as chief executive, succedding Stephen Hayes. Liser, who has served as Assistant U.S. Trade Representative for Africa since 2003. is the first women and third president and CEO since CCA was formed in 1993. " I am comfortable that my successor not only has extensive experience in Africa, she also brings new dimensions to the organization," Hayes said in an email to members. "I hope you will do everything you can to make her a success."

CCA will convene more than 1,000 business and government leaders at its 11th biennial U.S.-Africa Business Summit in Washington, DC to discuss the challenges of doing business in Africa, proffer actionable solutions for businesses looking to seize opportunities, and advocate to shape effective U.S.-Africa trade and investment policies.

The Corporate Council on Africa's 11th Biennial U.S.-Africa Business Summit will be hosted in Washington, DC on June 13-16, 2017 at the Omni Shoreham Hotel. To attend the Summit and for more information, please visit www.ccausafricasummitcom or e-mail summit@corporatecouncilonafrica.com

About Corporate Council on Africa (CCA)

Corporate Council on Africa is the leading U.S. business association focused solely on connecting business interests between the United States and Africa. CCA uniquely represents a broad cross section of member companies from small and medium size businesses to multinationals as well as U.S. and African firms. Learn more at www.corporatecouncilonafrica.com

Tagged:
Copyright © 2017 Corporate Council on Africa. All rights reserved. Distributed by AllAfrica Global Media (allAfrica.com). To contact the copyright holder directly for corrections — or for permission to republish or make other authorized use of this material, click here.

10 Heads of State Slated for U.S-Africa Business Summit in June

The Key to New Platforms & Technologies for Africa's 21st Century