Africa: 'You're Miserable. You're Beyond Miserable.' - Chimamanda Ngozi Adichie on Having Malaria 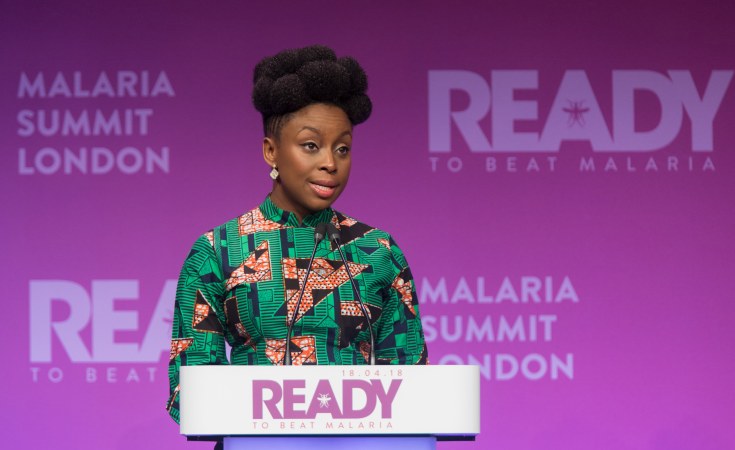 For millions of Africans, malaria is a debilitating disease which repeatedly disrupts their lives and their productivity, leaving them "miserable, beyond miserable" every time it strikes, as the award-winning Nigerian writer Chimamanda Ngozi Adichie describes it.

But that is not all - newly published research also shows that, among malaria's other long-term effects, when its sufferers are also malnourished, it can stunt their growth.

The experiences of malaria sufferers, from high-profile public personalities to thousands of children who were the subjects of a study in the Maradi region of Niger, were highlighted during last week's Malaria Summit in London, and in the build-up to World Malaria Day on Wednesday.

Adichie, renowned for her novels Purple Hibiscus, Half of a Yellow Sun and Americanah, describes what it's like to have malaria.

"You're miserable. You're beyond miserable," she told Channel Four News in London during the summit. "People have different symptoms... when I was growing up we all knew how each person's malaria happened.

"Mine would start with my stomach, just this horrible feeling that I like to describe as anguish in my stomach, rumbling, aching, just horrible, then I would get a fever. And the thing about malaria is that it leaves you unable to do anything."

She told the summit that malaria left her light-headed, weak and nauseous. One of her brothers suffered very painful aching in his joints and another's aching head felt twice its normal size.

Elaborating for Sky News, Adichie said she grew up terrified of the Chloroquine injections she was given every time she needed treatment. "It's visceral for me, the memory of screaming, getting injections... and then getting itchy from the Chloroquine."

She added that at least she - the daughter of university academics - had access to treatment. Many didn't and died. However, malaria constantly disrupted her schooling. "I like to say the reason I'm not very good at mathematics is because I often missed classes because I had malaria."

The effects of malaria on children in Niger's Maradi region are the subject of a study published in the journal, Clinical Infectious Diseases, and carried out by scientists from universities in the United States, Britain and France.

The researchers noted that despite the fact that malaria is preventable with affordable treatment, it is a major cause of disease among young children across the world and the sixth leading cause of death among those under five.

But they found that the interaction between malaria and nutrition was more complex, and their hypotheses was not borne out: "We found that nutritional status was not associated with malaria incidence."

However, they did find an association between the simultaneous treatment of malaria and malnutrition and impaired growth in height among children.

Although the researchers laid most emphasis in their report on the interaction between malaria and nutrition, they also recorded a finding that children who are breast-fed were 33% less likely than others to be infected by malaria.

"The mechanism for the protective effect of breastfeeding is unclear," they reported, "but some evidence has shown antimalarial properties in breastmilk... Nonbiological explanations, such as a breastfeeding child's close contact with their mother providing protection from bites relative to children who are not breastfeeding, are also plausible and have been suggested elsewhere."

One of the authors of the study, Professor Sheila Isanaka of the Epicentre institute of Médecins Sans Frontières in Paris, called for additional research.

She told the WorldWide Antimalarial Research Network: "There is clearly more work to be done to explore the relationship between malaria and malnutrition. Given the potentially huge impact on impoverished populations we would like to see it move forward."

Previous Story
We are Ready to Beat Malaria, Are You?
Next Story
Zambian Malaria Expert Honoured on World's Greatest Leaders List

We are Ready to Beat Malaria, Are You?

What's Derailing Namibia's Fight Against Malaria?
Tagged:
Copyright © 2018 allAfrica.com. All rights reserved. Distributed by AllAfrica Global Media (allAfrica.com). To contact the copyright holder directly for corrections — or for permission to republish or make other authorized use of this material, click here.