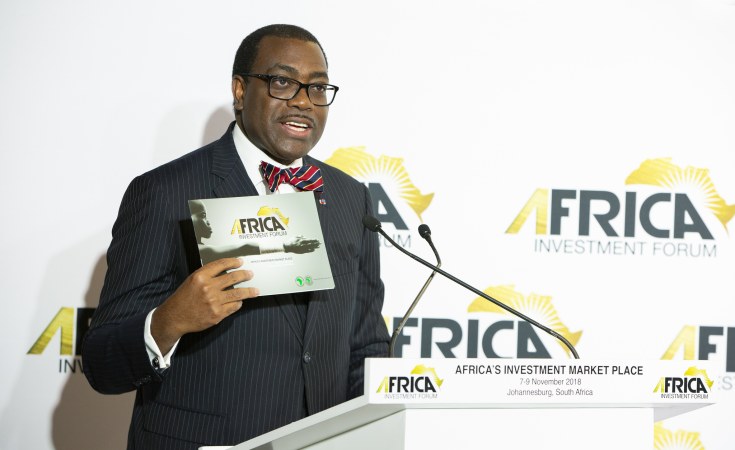 AfDB
AfDB and the Government of Gauteng Province have signed a memorandum of agreement to host the inaugural edition of the Africa Investment Forum from November 7 to 9, 2018 in Johannesburg, South Africa. The Premier of Gauteng Province, David Makhura, endorsed the Forum as a "game changer for financing Africa's infrastructure development."
Content from our Premium Partner
African Development Bank (Abidjan)

The Gauteng Province in South Africa has endorsed the African Development Bank's November 2018 Africa Investment Forum as a world-class initiative that is uniquely positioned to transform the continent's development landscape.

Gauteng Province will host the Bank's inaugural forum from November 7-9, 2018 at the Sandton Convention Center in Johannesburg.

Speaking after a high-level meeting with the African Development Bank President, Akinwumi Adesina, in Johannesburg, the Premier of the host Province, David Makhura, said, "The Africa Investment Forum is more than a Forum. We in Africa are tired of talks about investment after which nothing happens. The African Development Bank is doing in a great job working with other multilateral development partners, private equity funds, the private sector, and governments to crowd in investment into our continent. Gauteng is ready and excited to host the event here in Johannesburg."

The African Development Bank will officially announce the Africa Investment Forum, a premier African investment marketplace, on Tuesday, May 8 during a major media conference.

Makhura said, "The Africa Investment Forum is one of the best platforms ever to be offered on our home continent. Thank you for choosing Gauteng and South Africa."

Speaking at a meeting with the Bank delegation, South Africa's Minister of Finance, Nhlanhla Nene, said, "The Africa Investment Forum is indeed Africa's investment marketplace. We have no doubt that it will have the desired development impact. South Africa is not only a gateway for investments on the continent, but also a leading African investor. We thank you for allowing South Africa to host the inaugural event." 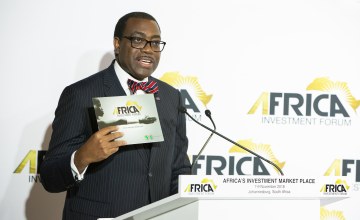 The African Development Bank (AfDB) has announced plans for the inaugural Africa Investment Forum a multi-stakeholder, multi-disciplinary collaborative platform to promote economic and social development of the continent.From November 7 to 9 in Johannesburg, the forum will bring together project sponsors, borrowers, lenders and investors.

According to the Bank's African Economic Outlook 2018, $130-170 billion a year is needed for in infrastructure  to address Africa's growing population, which will reach a whopping two billion, with a youth of 840 million, by 2050. Read more. More about AfDB in this BRIEFING.

The Bank President said, "Africa urgently needs to industrialize. To make this happen, we need investments in infrastructure. At the African Development Bank, we are talking about using aid to massively leverage private capital to fund Africa's development. Africa is not a poor continent. It has vast amounts of resources whose potential simply has to be unlocked. We intend for this to be an investment market place to do transactions with impact."

According to the Premier of Gauteng, South Africa will need US $100 billion over the next 10 years for infrastructure development. "The African Investment Forum will be a place where we want to bring in a pool of capital for projects. Africa has potential. The Bank's High 5 development priorities resonate with our national economic plans. There is no better time to align our development priorities than this."