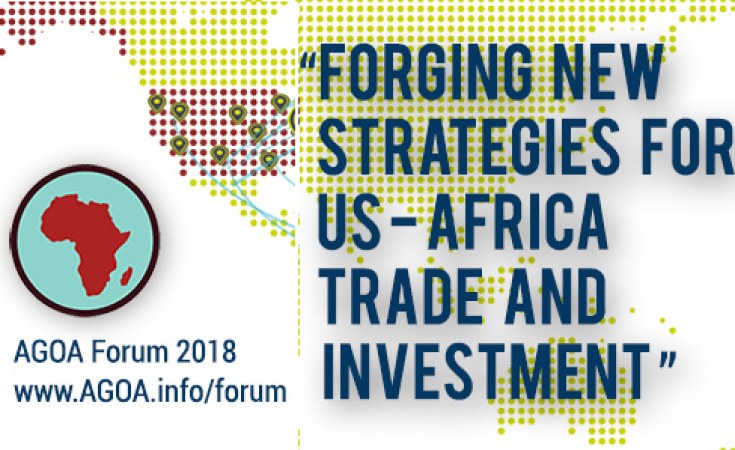 In the coming weeks, U.S. and African senior government officials, private sector and civil society representatives will meet at the 17th U.S.- sub-Saharan Africa Trade and Economic Cooperation Forum (AGOA Forum). Stakeholders in the U.S. economic relationship with Africa, particularly the 40 AGOA-eligible countries, will explore the theme of “Forging New Strategies for U.S.-Africa Trade and Investment”. As it has for many years since AGOA was first established in 2000, the Corporate Council on Africa (CCA) will be organizing the AGOA Private Sector Forum – focusing on AGOA success stories as well as the future vision and framework for U.S.-Africa trade engagement.

This turns out to be a most interesting and important time to explore ways to enhance U.S.-Africa trade and investment ties and promote partnerships between U.S. and African companies doing business on the continent. Many African nations have survived the commodity crises of the last few years, growth rates are on the rise in a growing number of countries, and new and reinstated leadership in countries like Ethiopia, Ghana, Kenya, South Africa, Zimbabwe, Liberia, and Angola are signaling a commitment to policies that will promote and facilitate trade and inward investment in key growth-enhancing and job creating sectors. Moreover, with the adoption of the African Continental Free Trade Area (AfCFTA), African leaders have collectively signaled a commitment to increased intra-African trade and the creation of a unified African market of 1.2 billion people with combined GDP of $2.5 trillion. CCA member companies (both U.S. and African) welcome larger regional markets linking numerous small (and often landlocked) African economies into commercially viable regional markets that make it possible to integrate Africa into global value chains while reducing cross border barriers and customs red tape that will lead to increased African competitiveness. Four countries (Ghana, Kenya, Niger, and Rwanda) have thus far ratified the AfCFTA, and we all anxiously await ratification by at least 18 others to do so in order for the agreement to become effective. We urge full implementation of the agreement’s provisions by as many African signatories as possible to reap the regional and global benefits AfCFTA promises.

U.S.-Africa trade also faces time-sensitive action. There are only about seven years remaining under current AGOA legislation (extended in 2015 until 2025). Fewer than half of the 40 AGOA eligible countries have established AGOA utilization strategies which, unfortunately, means the full potential of AGOA’s duty free access to the U.S. market will not be realized. Yet, there are good signs and success stories highlighting growing AGOA trade in select sectors from a range of AGOA-eligible countries. According to the recently released U.S. International Trade Commission (USITC) publication, U.S. Trade and Investment with Sub-Saharan Africa; Recent Developments, the fastest growing U.S. imports of goods from AGOA countries between 2010 and 2016 were cocoa, chocolate and confectionery, apparel, refined copper, catalytic converters, and edible nuts, and several other sectors including footwear and raw cane sugar show potential for growth in U.S. imports from sub-Saharan African countries under AGOA. And another report, the African Growth and Opportunity Act: 2018 Biennial Report, released in the last few days by the Office of the U.S. Trade Representative (USTR) examines developments in AGOA over the last two years. The report includes AGOA eligibility review and country reports, and highlights a range of trade capacity building assistance and initiatives being provided to sub-Saharan African countries by a host of U.S. government agencies. The report also states that the United States wants to “build on AGOA’s success by strengthening bilateral trade and investment relationships with countries in the region”, and concludes the report by emphasizing that “it will become increasingly important that the United States and its sub-Saharan trading partners move toward more advanced trade arrangements”.

The dispute leading to Rwanda’s unfortunate recent loss of AGOA eligibility for its apparel and textiles exports to the U.S. reflects the complexity and urgency of establishing a U.S.-Africa trade and investment relationship that goes beyond AGOA. In some ways, it also highlights the importance of a growing trend in investments into a diversified African industrial base. For example, Volkswagen SA has just invested $20 million in a small-scale vehicle assembly plant in Rwanda. The plant – which has a start-up annual capacity of 5,000 vehicles, going up to 10,000 – will reassemble vehicle kits sent from South Africa, and is an important step in the development of a regional auto manufacturing base. While Rwanda’s autos will initially be for local and regional mobility services, I can envision Rwandan auto exports to the United States – a product Rwanda would be eligible to ship duty free under its current AGOA benefits. But beyond AGOA, African nations need to be active architects in whatever kind of relationship is established to enhance post2025 U.S.-Africa trade and investment, including potential free trade agreements (FTAs).

CCA looks forward to hosting the AGOA Private Sector Forum, and to a robust and interesting discussion among U.S. and African government and private sector stakeholders of the challenges as well as opportunities of AGOA and beyond. I hope to see you there.